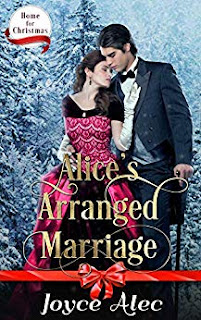 From Book 1: An arranged marriage just in time for Christmas.
Alice has never felt so lonely. Having lived both a life of poverty and then of riches due to her father making his fortune later in life, Alice finds herself sent from America to England, in order to marry the Charles, the Earl of Allerton.
Charles is much too generous. Over the years, he has given his brother too much money to free him from debts and is now forced to find a rich bride. Knowing that Miss Jones has a large fortune, Charles prepares to meet his betrothed.
He is horrified by her lack of manners. Mortified by his beautiful yet embarrassing bride to be, Charles tries to keep his distance, whilst still preparing for their Christmas wedding. Alice finds him distant and unfriendly, whilst his aunt, Lady Fossett, is nothing short of cruel. When offensive notes begin to arrive, Alice struggles against the urge to return home, leaving her new life in England behind.
With their Christmas wedding only a few weeks away, Charles and Alice must find a way to come together. Will Alice be able to confront Charles about the notes? Or will Charles continue to push her away, right when she needs him the most? 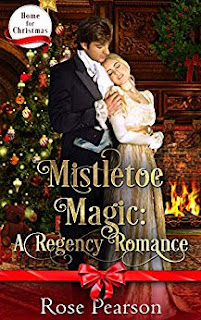 Lady Georgiana is now betrothed. Her brother, the Earl of Allerton, has chosen a suitable gentleman but when Georgiana meets him, she finds him rude, arrogant, and selfish.
Knowing it would be unwise to cry off, Georgiana tries to build a regard for Lord Poole, only to find her heart stolen by someone entirely unsuitable - Mr. Oliver Lowell, a wealthy financier from Boston. Whilst Mr. Lowell is treated with respect by society, Georgiana knows she cannot let him steal her heart. Yet Lord Poole is even worse than she expected.
Aware that Mr. Lowell will return to America after Christmas, Georgiana cannot bear the thought that she will never see him again. But if she leaves with him, then the scandal will be so great that she can never return to England! And what will her betrothed, Lord Poole, do if he discovers she intends to cry off?
Will Georgiana do what is expected ... or follow her heart? 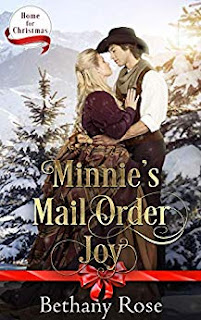 While their father has fallen victim to the national financial panic, their mother has fled to a sanitorium, leaving the three sisters to fend for themselves. Minnie, Clara and Hazel come from a life of privilege and are forced to make the painful decision to leave their home in Boston behind and head West.
When Minnie comes up with a plan that will fix everything, her sisters reluctantly agree. They will become Mail Order Brides and head West to Colorado.
The fairy-tale doesn’t end there. When Minnie arrives, a devastating snowstorm strikes, and Gavin Clifford, her husband-to-be, tells her that can’t marry her. Minnie, a girl of spirit, tells him that she traveled all this way to be his wife and he’s a coward if he doesn’t marry her. Stung by her accusation, Gavin relents and marries her, even though he doesn’t know how he’ll manage to keep his land. But Minnie’s indomitable strength won’t let him give up and she arranges for him to receive a loan so that he can switch from cattle to sheep to make a living. As the pair move forward in their venture, falling in love along the way, Minnie’s two sisters come to Colorado to meet their husbands. But as Christmas approaches, Minnie finds her spirits low as she yearns for the holiday celebration that was familiar to her in the past. Her husband, her sisters, and her brothers-in-law join forces to make Minnie’s Colorado Christmas one that she’ll treasure—right down to the cranberries on the Christmas tree!
Join Minnie, the first of the Ellis sisters to leave Boston, as they head west in this sweet heartwarming and unpredictable love story. 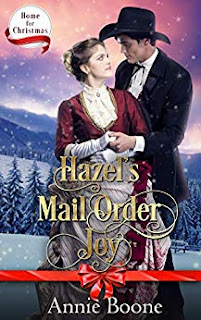 For beautiful, blonde-haired Hazel Ellis, the trip west as a mail-order bride is fraught with uncertainty. She and her sisters have decided that they must leave Boston, where their father’s financial downfall has left them with no marriage prospects in elite Beacon Hill society. Their husbands await them in Colorado so they must go there.
Wealthy rancher Harley Wyatt is a man whose cattle and acres mark him as someone of importance in the growing town of Newton. Aloof and used to getting his own way, Harley has secrets he’s unwilling to share with a woman he doesn’t even know. It doesn’t matter she’ll be his wife, she’ll have to earn his trust.
He expects her to fulfill her role as Mrs. Wyatt, the wife of the area’s most prosperous rancher. But he offers little insight into what that position entails and timid Hazel is reluctant to ask him. She is equally reluctant to ask him about the identity of the ten-year old girl named Oakley who lives at the ranch.
Colorado will prove to be a challenge of the heart for sweet and naïve Hazel. Will the bonds of her new life be powerful enough to overcome the beloved memories of her home back East, particularly as the Christmas season arrives? 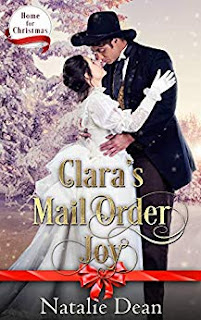 Clara Ellis, one of the beautiful Ellis sisters of Beacon Hill, Boston, thought she knew what her destiny would be—marrying one of the blue-blooded aristocrats of Boston society.
However, after her father’s business ventures failed, Clara and her sisters find themselves in dire financial straits. This is when her resourceful sister Minnie decided that they will all three leave Boston and travel West to Colorado as mail-order brides.
Peter Edwards, Clara’s intended, is a miner who is sure he’ll strike it rich with his labors.
But…when Clara arrives in Colorado, she discovers that amiable, easy-going Pete Edwards is a far cry from her familiar Boston swains.
Clara’s indomitable spirit is challenged by the primitive setting of her new home and she struggles to say the least.
As she and her sisters adapt to their new home in Colorado, they must come to terms that Boston is very far away and it looks as though the Christmas holiday will be spent without their parents. Will the Wild West ever feel like home for the holidays? 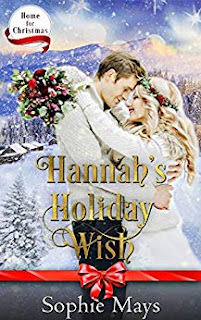 ♥ When Hannah Wyatt returns home to her family's Colorado ranch for the holiday season, she thinks the biggest surprise is the early inheritance of land parcels that her parents are gifting her and her four siblings.
Little does she know that her pen-pal from the UK is about to add to the exciting homecoming! Especially when she realizes that the British friend she thought she knew, is ready to unveil a surprising twist…one that has the ability to throw an additional wrench into Hannah’s new life equation...
~From sweeping scenery to trusting-your-heart life decisions to magical snowstorms~ Join Hannah and her family as they navigate the long holiday season: A fun and bumpy ride starting with a heartwarming Thanksgiving, snowshoeing through a perfect Rocky Mountain Christmas, and into what just may be a very, merry New Year! 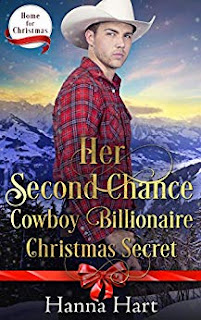 A heartbroken cowboy billionaire might have a chance to mend his heart this Christmas when he meets the one that got away.
Cowboy billionaire Walker Edwards returns home to Denver for Christmas after finding out that his wife cheated on him. He isn’t in the mood to celebrate, and he’s definitely not in the mood for love. But sparks fly when he runs into his ex-girlfriend, Ava Diaz who has brought back some old memories. Colorado, the winter wonderland of snow, lights, and festivities might make their second chance at love a reality.
Walker and Ava want to make this holiday one they will never forget, but the question still remains. Why did Ava break up with him in the first place?

Will her secrets lead to another heartbreak for Walker? Or can they put the past behind and resurrect their relationship in the snow-capped mountains of Colorado?

LINK BELOW TO PURCHASE YOUR COPY OF THIS WONDERFUL COLLECTION