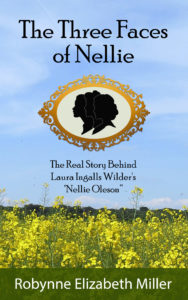 Book: The Three Faces of Nellie
Author: Robynne Elizabeth Miller
Genre: Non-fiction, Historical
Release Date: November, 2016
Publisher: Practical Pioneer Press
Whether you love her, hate her, or love to hate her, Nellie Oleson is one of the most recognizable literary figures of the 20th century. But Laura Ingalls Wilder, author of the Little House on the Prairie series in which Nellie appears, had a secret. . .Nellie wasn’t a real person! Instead, she was a composite character created from three girls Laura knew in childhood: Nellie Owens, Genevieve Masters, and Estella Gilbert.
The Little House character of Nellie Oleson is one-dimensional: snobbish, selfish, and thoroughly unpleasant. But what about the real women behind Laura’s creation? They were an intriguing mix of the not-so-nice and the unexpectedly redeemable. In short, they were human.
Discovering the true stories behind Nellie, Genevieve, and Estella has been a fascinating journey. All three ended up on the West Coast at one point. . .true westward movement! One was widowed twice, one ended up divorced, and one died way too young. Two only had one child, and one had three, though she outlived her youngest by a very long time. There’s even some “Nellie-like” drama in there: Embezzlement. Lying on censuses. Shady land deals.
But there are some beautiful things, too. . .like the enduring love of a husband after his young wife died. Or the rare closeness of a mother and daughter who shared their lives as adults. Or the strength of a young widowed mother who not only cared for her son, but headed out west, in true pioneer fashion, while she did so.
Laura Ingalls Wilder did a masterful job of creating the character of Nellie Oleson. But the three real-life women behind that iconic character are, in my opinion, infinitely more intriguing. 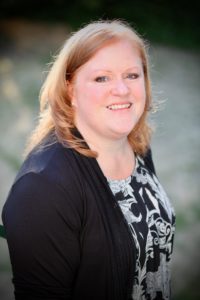 Robynne Elizabeth Miller is a speaker, writing coach, and author of multiple books, articles, and essays. Her larger projects include From the Mouth of Ma, Pioneer Mixology, The Three Faces of Nellie, and Nonfiction, Memoir, or Fiction? Dissecting the Works of Laura Ingalls Wilder.
Robynne speaks nationally at writing and historical venues and teaches at writer’s workshops and conferences. She also serves as the Board President of Inspire Christian Writers, as well as their Director of Leadership, and leads two Northern California critique groups.
She holds an undergraduate degree in English Literature from Westmont College and a Masters of Fine Arts in Creative Nonfiction and Fiction from Ashland University.
She lives with her wonderful British husband and the youngest of their four cheeky children in the snowy woods of the Sierra Nevada mountains. When not writing, Robynne loves singing, felling trees, and making bacon from scratch.

Nasty Nellie Oleson. One of the most iconic literary characters in literature. Whether you loved her … or hated her … or loved to hate her, she probably left a lasting impression on you. At least if you were a fan of the Little House books by Laura Ingalls Wilder like I was growing up!
As a young girl, I loved Wilder’s tales of wagons, prairies, and grand westward adventures. Strangely, growing up didn’t change my love for all things Little House one tiny bit. But I did become deeply curious about the real life people behind some of the more fascinating Little House characters.
Namely, Nellie Oleson.
As I began to research Nellie, I learned a ton of interesting things. She wasn’t one person, for example. Laura Ingalls Wilder wove three girls she knew in childhood into one composite character for her books. One of the first “Nellie’s,” Nellie Owens, did have a brother named Willy, but did you know that he went blind from two separate incidents, one in childhood and one in adulthood? And did you know that all three of the “Nellies” ended up on the west coast at one point? Talk about true westward movement! One married a man who eventually went to prison for embezzlement, one did some shady land deals, and one shouldn’t have been a “Nellie” at all.
I suppose I was hoping for a good, old-fashioned redemption story. Wouldn’t it have been wonderful if the mean girl in Wilder’s stories grew up to work with orphans or rescue unwanted animals? Alas, that’s not exactly what happened. But the stories of these three women were fascinating all the same.
I hope you have as much fun discovering the real stories behind the famous Nellie Oleson as I did!

I grew up reading every book in The Little House on the Prairie series. I dreamed that I was there in the little school house siting in my desk with my slate ready to write. I did not like the snotty Nellie Oleson one bit. When this book came up for review, I was so excited to revisit my friends who helped me get through my childhood.

I was fascinated by the author's very detailed account of Nellie that was really Laura's creation of three very intriguing women named Nellie, Genevieve and Estella. It was a secret that Laura had composed Nellie from three different girls that Laura knew. What was I reading? Did Laura make up Nellie? It seems that Laura has combined three girls she knew into one character, named Nellie. I am shocked to learn that Laura made up Nellie from three characteristics of her friends. I wonder why this secret was hidden for so long?

The author has piqued my interest in a series I treasured as a child and still do. There is a lot of facts in the book that at times made me get overwhelmed and lost. I guess I was expecting more details about Laura and the Three Nellie's and less about family history. The family history bogs the story down a bit, but not enough for me to turn away from the book. I loved getting to know The Three Nellie's and thought how brilliant Laura was in writing a story comprised of a character that still fascinates us.

Laura and Nellie never liked each other, but as the book says about Nellie,  " She was clearly loved by her children and did have many moments of grief that she faced  in her life." In the end three women made a story come to life through the eyes of a young girl. They each played a part in the story that many loved and still do.  I now have this desire to pick up the series at the library and reread the books. In there I will find  three very fascinating girls that became one very important character in a series that has been loved for generations. 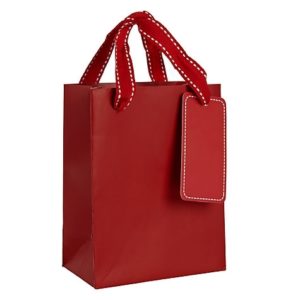 To celebrate her tour, Robynne is giving away a grand prize of a Little House Treasures basket that includes an authenticated piece of the original Loftus Store is De Smet, authenticated sand from Laura’s Plum Creek in Walnut Grove, a Loftus Store slate and slate pencil, chokecherry preserves from De Smet, a Christmas Tree ornament from De Smet, a corn-cob doll kit, a tin cup, maple syrup, a set of pioneer recipe books, Laura Ingalls Wilder’s actual gingerbread recipes, and other treasures from various Little House sites!!
Be sure to comment on the blog stops for nine extra entries in to the giveaway! Click the link below to enter. https://promosimple.com/ps/d774/the-three-faces-of-nellie-olson-celebration-tour-giveaway
Posted by Deana at 2:58 AM