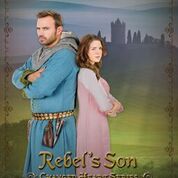 A struggle to earn forgiveness and find redemption.

A spoiled, irreverent, prankster, Prince Shane waits for the day he’ll wear the crown. Days before receiving his spurs making him a knight, Shane learns he isn’t his parent’s child. He embarks on a journey to discover the truth and keep the crown. But his search digs up an evil that threatens his family, and his very soul. Shane struggles to put things right and earn redemption.

Marg runs her late husbands tavern hidden in a distant corner of the kingdom. She’s trying to forget her past and the blood on her hands. She keeps people at a distance until the night she finds a near naked man left beaten in her pigpen. Nursing him back to health will change everything as God works to restore them both. 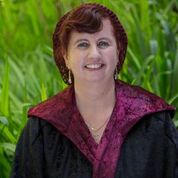 Michelle Janene lives and works in Northern California, though most days she blissfully exists in the medieval creations of her mind. She is a devoted teacher, a dysfunctional housekeeper, and a dedicated writer. She released her first novella Mission: Mistaken Identity in the fall of 2015, followed by seven novels, and has been published in several anthologies. She leads two critique groups and is the founder of Strong Tower Press—Indie solutions for indie authors.

I can't believe how much I enjoyed this book. I didn't care too much for the first  one in the series. This book however has really been fun to read. It is filled  with knights, castles, evil vs good and adventure that never stops. I loved getting to know  Shane and how he took his responsibilities seriously. Deep inside Shane has always struggled with his faith and how he has done things he knows has been bad.

The part where he confronts someone who claims to have his best interest at heart is powerful. This person had evil written all over them. The lies they spread and the hurt they caused was so horrible, I wanted to scream at Shane to run. One of Shane's good qualities is his pure heart. He knows he must go away and find out who he truly is inside. This is where the story gets good and the author shows us what happens when evil tries to take over.

Beaten and left for dead, Shane is rescued by Margaret. She has had a hard life and does the best she can to support her and her daughter. Margaret has carried around guilt thinking she has committed a terrible sin. I loved her vulnerability and how she opened her home to Shane. She believes he is someone important and she will be rewarded for caring for him. Their relationship is strained because they each have things in their lives they condemn themselves for. The innocence of Margaret's child was refreshing and helped Shane to start caring for someone.

The story is an excellent example of forgiveness and the characters experience what it is like to feel God's love. The message is very clear throughout the story that we have to fight against the enemy everyday. He likes to whisper lies to us and isolate us. Some of the scenes are a bit graphic so be warned.  Overall I thought the story was good and I look forward to the next in the series. 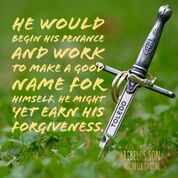