Book:  Of Ink and Sea 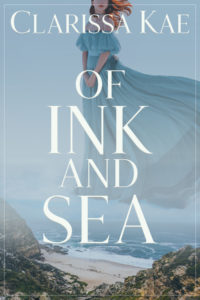 The Bristol Sea divides Cornwall and Wales—and sings an enticing tale to Sienna Rothesay, an English born, American raised photographer.  Since childhood, she’s fought the temptation to listen to its siren song.
When Ioan Waif, an enigmatic neighbor from her Welsh days calls her home to care for her ailing grandfather, Sienna is faced with an old myth that hints at a nefarious secret, linking her ancestors with Ioan’s.
To uncover the truth, she must walk the blurry path between legend and reality but with more questions than answers, she fears giving into her heart will cost Sienna her head. 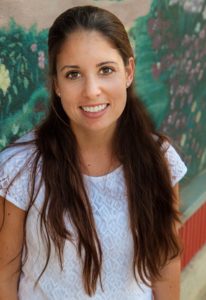 Clarissa Kae is a preeminent voice whose professional career began as a freelance editor in 2007. She’s the former president of her local California Writers Club after spending several years as the Critique Director.
Since her first novel, she’s explored different writing genres and created a loyal group of fans who eagerly await her upcoming release. With numerous awards to her name, Clarissa continues to honor the role of storyteller.
Aside from the writing community, she and her daughters founded Kind Girls Make Strong Women to help undervalued nonprofit organizations—from reuniting children with families to giving Junior Olympic athletes their shot at success.
She lives in the agricultural belly of California with her family and farm of horses, chickens, dogs and kittens aplenty.

I was supposed to go to Wales for my 40th birthday which is this month January 2021. But COVID happened. Instead, I delved into Wales for a setting and never looked back.

I have read several time slip novels lately but nothing compares to this story. I was mesmerized  by the way the author was able to take two time periods and parallel them . The characters are beyond the standard of good. I mean these characters became real to me. It is hard to explain how swept away I was by the beauty of two families connected in mystery, secrets and the sea.

Sienna has wandered around for years giving people a glimpse into the world through a lens. She captures pain, joy and history with one click. She has always felt this tug to go back to where her granddad lives. One phone call changes her direction into a world that holds  magic and truth. I loved the memories she shares of her granddad. Their connection is deep and it is hard to accept that he has Alzheimer’s. It is a cruel disease that takes away your mind slowly each day.

My favorite part of the story was learning the connection between Sienna and Elyna. Was it magic that drew their generations together?  Some can hear the sounds in the sea while others hear nothing. When we go back in time to read Elyna and Kenan’s  story I felt their bond instantly. The beauty in the story is the sacrifice that one makes to save others. Does that  remind you of anyone? Elyna knows what her purpose is and without hesitation follows through with her quest.

Ioan was very mysterious to me. I couldn’t quite figure out why he was taking care of Sienna’s granddad. They had a relationship that was bound by history and Ioan wanted to right a wrong. The only one that could help him was Sienna. Oh I could go on for days about this book. I loved the writing, the characters, the two time periods and most of all I loved the lesson in sacrifice. This will be one author I will be anxiously awaiting more books from. She has captured my imagination, taken be to different time periods and showed me with actions  that  love conquers all.

For Him and My Family, January 22

To celebrate her tour, Clarissa is giving away the grand prize package of a $50 Amazon, $50 Barnes And Noble and $50 Target gift cards!!