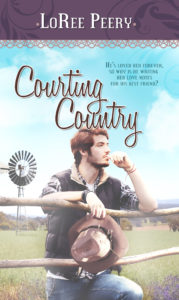 One Secret Love + One Misdirection and Multiple Situationships = Courting Country

Taggart Bauman has secretly loved Kylie Gordon since they were young, but she married his best friend. When Kylie is widowed, Taggert promises to take care of her. And even though he could be free to profess his love, he chooses to keep his feelings a secret. If Kylie knew that he’d failed to save her husband, she’d never forgive him. He knows, because he can’t forgive himself.

After being alone for so long, Kylie believes an online dating service is her last chance at finding love. But she continually finds herself in “situationships” that require Taggert to rescue her. When at last she reconnects with Eldon Wenz, an old friend from their college years, she thinks perhaps this is finally her second chance at love…but just in case, she asks Taggert to accompany her when she travels to Eldon’s ranch.

But sometimes things are not what they seem, and when one more situationship crops up, Taggart vents his resentment and tells Kylie she needs to work out the choices she’s making.

Will Taggart lose Kylie forever, friendship and all, or will Kylie realize that what she’s been searching for has been right in front of her the whole time? 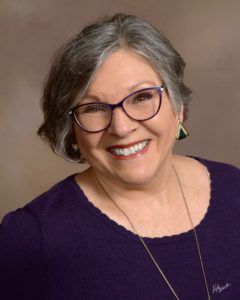 Nebraska country girl LoRee Peery writes fiction that hopefully appeals to adult readers who enjoy stories written from a Christian perspective, focusing on the romance. These include novels and novellas for women and men in the Contemporary, Romance, Historical, Time Travel, and Mystery/Suspense categories. She writes of redeeming grace with a sense of place. Her Frivolities Series and the book based on her father’s unsolved homicide, Touches of Time, are available on Amazon. She is who she is by the grace of God: Christian, country girl, wife, mother, grandmother and great-, sister, friend, and author.

Whenever I’m asked to write about myself, I groan silently. I love reading and gaining insight into other authors, but always wonder what’s interesting about me. Just now, I glanced down at the few left-handed fingertips I’m using on my keyboard.

I am right-handed, but at this moment in mid-October, 2020 and for four more weeks, my right arm is in an immobilizer. I have strict orders not to use the arm at all. Here’s what happened…

Pain struck on Mother’s Day. I’d applied eye makeup for the first time since the Covid-19 lockdown began in March. I lowered my arm and the stab took me to my knees. I’m used to something always hurting due to fibromyalgia and osteoarthritis, and I have a high pain tolerance. If I’m nauseated I know the pain is high, and that sudden ice pick that didn’t abate was eight on the pain chart, which caused me to be sick to my stomach all day.

Good comes out of tribulation. I spent hours in the Bible, especially the Old Testament. One of those early mornings, probably between two and three, I picked up a yellow legal pad and praised the Lord through what I later called LoRee’s psalms. Many could be considered lamentations, but if I began downhearted, I ended noting how good my heavenly Father is to me.

I have no room for complaints. I’ve never asked “Why?” Patience grew in that waiting room of my heart. I learned I could write, rather print, with my left hand. I set aside my fictional story to honor my Savior. And I became humble, since I needed my husband to be my right hand.

It is not unusual today  for people to go on dating sites to find a mate.  After my mother died, my dad moved  back to his home state. He told me he had purchased computer.  I knew right away what he was up to. Sure enough six months after my mother passed, my dad got remarried. Yes he found his new wife on the internet. My dad was lonely and I now understand why he went on the dating site.

Kylie is a widower and has not been on a date in a very long time. She gets talked into putting a profile up on a dating site. Now there are several things wrong here. If she would only look right in front of her, she would see her dear friend Taggart. I did laugh when she goes  out on a date with someone she  knew in high school. Oh my, Eldon is not for her at all. His place was dirty, animals not taken care of and he just gave me the creeps. Poor guy tried with lovely emails he sends Kylie. However there is a secret about those emails. When Kylie finds out the secret, she is angry, hurt and disappointed.

Because I said so — and other adventures in Parenting, February 7

For Him and My Family, February 13

Labor Not in Vain, February 15

To celebrate her tour, LoRee is giving away the grand prize package of a copy of Hiding from Christmas, a bluebird charm, a cardinal figure, and book bling!!