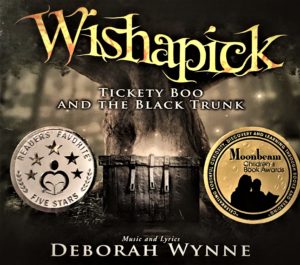 Darkness. Utter blackness. Was this why his mother had refused to let Jack unlock his father’s old trunk? It had been two years since his dad had died, and all Jack could think about was examining whatever treasures were stored inside the beloved trunk. But when he finally lifted the lid, he didn’t just fall in—he fell through it into a pit of rattlesnakes!

Trying to recall his mother’s stories about “the Breath of All Good Things”—anything to shed light on his current situation—Jack wishes he’d paid better attention rather than mock the tales as childish myths…and that he’d waited to enter the trunk with his sister, Lilly, so they could at least face this together.

Like L. Frank Baum’s Oz and C. S. Lewis’s Narnia, M. M. Allen brings to life the fantastical world of Wishapick—a land of courageous animals ruled by a cruel rattlesnake king who has condemned the villagers to live without light. Chosen as the reluctant hero to save the villagers, Jack must face terrifying creatures and overwhelming odds if he wants to help his new friends—and return home himself. 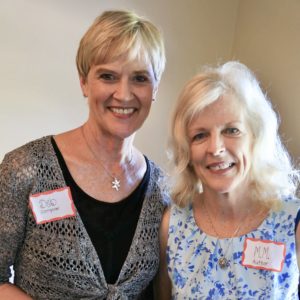 MM Allen the author of the acclaimed children’s picture book Let’s Play Ball,   is the mother of two adult children, and aunt to twenty three nieces & nephews, including twelve great nieces and nephews. She was a former teacher. She worked extensively in marketing and communications with varied businesses, including Walt Disney’s Buena Vista Records, as well as several non-profits. MM lives in a picturesque northern California town were she enjoys writing, tending to her rose garden and caring for her West Highland Terriers, Peaches, Pip and Daisy.

Mary Martha Allen along with Deborah Wynne produced a podcast in 2020 called; Wishapick – Prayer, Creativity and the Divine.  The podcast, hosted by MM, tells the story of God’s work behind the writing of the book and music. MM Allen weaves the back story of Wishapick into a thoughtful message of how prayer, creativity and the Divine gently coexist in our lives.  MM believes Prayer is intimate, Creativity is fearless, and the Divine is always giving. MM shares the story along with Deborah’s insight and music in a reflection of love. The podcasts are geared towards, parents, youth ministers, young adults, teachers, aunts and uncles, and all those working with children teaching them about God’s love. These generous back stories about the making of Wishapick confirm her belief that God is good and each of us is an extension of the Divine’s Goodwill. MM believes that each of us will remember we are loved, and then intimate, fearless giving will unfold into our lives.

MM learned to pray at a young age practicing thoughtful traditional, repetitive prayers. She has been a participant and leader of prayer groups, practicing intentional prayer, meditative prayer, lectio divina (scriptural readings & meditation), and contemplative walking prayer, along with the rosary and prayer beads from other cultures. She was an early member and still a participant of Mom’s In Prayer International.  MM believes your communication with God is personal and establishing a relationship with the Divine brings peace and enjoyment into your life.  This communication with God awakens the goodwill within each of us, which has been there since the beginning of time.

Deborah Wynne created a CD of songs to accompany the novel. Deborah’s extensive talents lie in choral singing, and song composition. Her musical projects include the 2013 album Strands of Gold and 2007 musical Moment of Truth, which she co-wrote and co-produced. For many years Deborah was a member of the well know a cappella ensemble, Quire of Voices. She also sang with the female quartet, Champagne. She continues to sing and compose in Santa Barbara, CA, where she lives with her husband and Sheltie, Gracie, a dog who loves to sing and is particularly inspired by renaissance vocal music.

Deborah was born into a musical, religious family.  Music, adoration and holiness were woven together into her heart starting at a very young age.  Over the years music has become a form of prayer for Deborah.  Whether it be through listening, singing, playing or writing music, she feels deep gratitude for the gifts music offers.  For her, music is God breathing love into our hearts. She perceives the creative process as a part of our spiritual ground of being and a delight to access, for within that Holy space where God lives, we touch an aspect of the Divine that is pure beauty.  Creativity is a gift from and collaboration with the Divine, an offering of gratitude to God and a prayer of deep thanksgiving.

More from the Authors

Deborah sang her song that everyone feasted on fresh peach pie. I wrote about the delicious peach pie Mrs. Tumalum had made and how Mr. Tumalum nicked a huge slice of the warm pie. To this day we cannot remember who came up with the idea first, yet the villagers in Wishapick enjoy peach pie. There is no competitiveness or argument about who came up with the idea first or how it happened, neither of us bested the other – it just came about. I cannot credit myself nor does Deborah feel she is responsible for peach pie being in the story of Wishapick. We each have a backstory about peach pie and our enjoyment is sharing the stories between us. Again & again, we find it miraculous and we are thankful.

There is no competition when we pray; there are no best ways to pray, there is no responsibility on how the prayer is to be answered, nor do we need credit for answered prayer. Being human we seek credit, being in enjoyment we move to thanksgiving. When we pray -giving thanks to God is most enjoyable.

Meanwhile, whisk oats, brown sugar, cinnamon, salt, and remaining 1 cup flour in a large bowl to combine. Using an electric mixer on low speed, gradually add butter. Once it has all been added, increase speed to medium-high and beat until dry ingredients are incorporated (there should be no dry bits left in the bowl), about 3 minutes.

Scrape peaches and any juices into a 13×9″ baking dish. Evenly scatter oat topping over peaches and bake crisp until peaches are soft, fruit juices are bubbling, and topping is a deep golden brown, 60–70 minutes. Transfer baking dish to a wire rack and let crisp cool 1 hour.

Divide among bowls and top with large scoops of ice cream.

Our protagonist Jack faced the most dangerous rattlesnakes in Wishapick. With inspiration from the “Breath of All Good Things,” a little Jiggery Pokery and adding some Chocolate Pudding Jack implements his plan to return the light to the village of Wishapick.

My fun loving, grandmother, had a motto “let’s enjoy good food.” She was known for her famous chocolate pudding.  She and my grandfather made pancakes, chocolate pudding & tea when the cousins gathered together for dinner at their home. A yummy dinner ending with her chocolate pudding – such happiness!

Lilly, Jack’s sister, implemented his idea & carried out the plan.  The Magical Crimson Tray was helpful to Lilly, it moved about on its own, pouring the chocolate pudding into the mouths of the dangerous snakes which turned their nasty behaviors – nice.

When I finished writing this chapter, about the chocolate pudding, I took a ride into the country to a little community store, where I had never been before.

I went into the old-fashioned country store and ordered a sandwich. I opened the self -serve fridge to get some water and in front of me was several cups of chocolate pudding. Individual cups of chocolate pudding topped with whipped cream, were lined up right in front of me.  I learned later the adorable country store was famous for their chocolate pudding.  Full of praise, thanksgiving and joy I had my lunch full of the niceness of God’s surprise. Prayer is calling out to God and listening for the answers. When Jack called out to the “Breath of All Good Things” in Wishapick everything became okay. In our lives when we include God and call out to him, everything will be okay. God can turn the nasty to nice & Christ is always with us.

In memory of my grandmother –

Cook over low heat stirring constantly till it thickens (this can take a while) until it boils, keep stirring.

Pour into individual serving dishes or a bowl, let cool to room temperature. put in refrigerator. Serve cold plain or with whipped cream on top.

Taken from the backstory about God working through our lives while we wrote Wishapick, you can listen to all 10 episodes of this backstory of my prayer life & Deborah’s music, on Wishapick youtube – Prayer-Creativity & the Divine.

I am an avid reader and try to support authors as much as I can. I know they pour everything into their stories and I appreciate their imagination. Not every book is for everyone and in this case I really didn’t like it. The darkness spread throughout the story was overwhelming and gave me a heavy feeling of doom. I wanted the book to be imaginative and creative but it lacked badly in that category. I’m sad that it was very parallel to a few other well known stories and it made me think I was reading something that was not quite as unique as I had hoped.

I’m sure some  that like fantasy will find this story exciting  with hissing snakes, a mysterious trunk, a wolf and two children that race to help this land that has been held captive in darkness. I think what really bothered me was it felt like a magic book with spells that I don’t like to read about.  I did like the possums which the authors made  cute and almost cuddly. Lilly seems like an innocent young girl who is easily persuaded to travel down the wrong path.

Jack was a good character but I really think he was overwhelmed with worrying about his sister and trying to figure out who to trust. There is enough adventure to keep some entertained . Even though I didn’t care for the story I hope you will give it a chance and draw your own conclusions.

Locks, Hooks and Books, May 2

The Write Escape, May 4

Through the fire blogs, May 5

For Him and My Family, May 6

Musings of a Sassy Bookish Mama, May 8

Because I said so — and other adventures in Parenting, May 9

Inklings and notions, May 10

Blogging With Carol, May 10

Truth and Grace Homeschool Academy, May 12

Lights in a Dark World, May 13

Little Homeschool on the Prairie, May 13

A Modern Day Fairy Tale, May 14

To celebrate their tour, Mary and Deborah are giving away the grand prize of a Kindle!!(May be different than one pictured.)