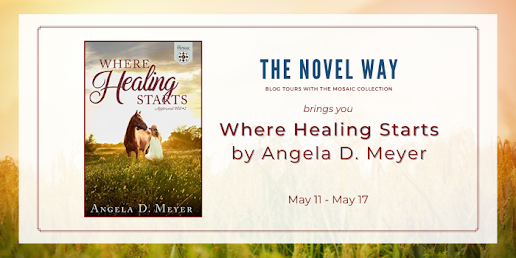 About Every Star in the Sky

Joanna and Blake Hannigan grew up in an angry home and made an all-for-one pact – them against the world – in order to survive. Now that pact may keep them from what they each long for.

While doing community service for shoplifting, Joanna’s walls begin to come down. She wonders if she does have something of value inside of her, but still full of bitterness, she can’t get off the path to self-destruction.

Will a near death experience put her on the road to redemption?

Blake refuses to accept the consequences for putting his brother-in-law in the hospital. He runs from the law and does the unthinkable.

In the face of impending disaster, will Blake’s choices lead to healing?

Unless the siblings realize their pact can’t save them, they may not find the One who can. 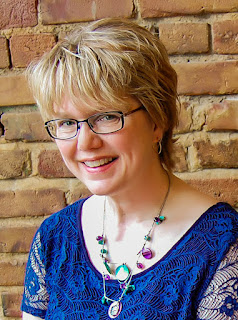 Angela D. Meyer writes fiction that showcases God’s ability to redeem and restore the brokenness in our lives. Now that her two children are grown, she spends her life writing instead of homeschooling, stays active at church, and is plotting what to do with the rest of her life. She enjoys sunrises and sunsets, hanging out with friends, a good laugh, and reading. Someday, she would love to vacation by the ocean.

Learn more about Angela’s books on her website. Sign up for her newsletter to be among the first to hear about her new book releases.

Inspiration for the Setting of the Applewood Hill Series

When I wrote the first draft of my Where Hope Starts, the first book in the Applewood Hill series, I started out using a real town to be the main character’s home base. But then decided not to deal with the issues of maintaining the authenticity of a specific small town USA for the duration of my stories.

I took what I remembered about the area to the north of Kansas City, Missouri, after living there for 12 years and made up a name: Westfall. I searched the map for a town already named that in Missouri. There was no town by that name, though lots of businesses carried Westfall as part of their name. I Googled it and discovered the name has an interesting history.

On July 15, 1881, Jesse James and his gang boarded the Chicago, Rock Island & Pacific Railroad of which William Westfall was the conductor. In the process of robbing the train, Westfall was shot in the back. One account I read claims Jesse thought Westfall was going for his gun, another account reveals a plot of revenge for the death of Jesse and Frank James' little brother.

Even more interesting as I discovered this story behind the story is the connections my own family has to Jesse James.

My great-grandmother on my dad’s side was named after Jesse James. He and his gang rode onto their property and demanded to be fed. The gang was polite while there and even paid for their food when they left. And then, my grandmother was named after her mother.

And that’s not where it ends. Family stories on my husband’s side (surname James) relay that his great great-grandfather knew a Frank James and often entertained Frank in his home. Leading to the speculation that there was some relation between them. The assumption is that this Frank was the brother of Jesse.

I suppose it’s only fitting there is a connection with Jesse James in my stories of Applewood Hill.

If there was ever a character that had a chip on her shoulder it would be Joanna. Wow does she have a bad attitude. No matter what people said to her, she took it the wrong way. When they tried to help her she refused because she thought they were doing it out of pity. I can’t believe how irritated she made me. I wanted to march up to her and tell her she needed an attitude adjustment. Then in a split second, I found myself remembering a young girl who was not loved by her parents and never felt wanted. That girl was me. No wonder I didn’t like Joanna . She was me when I was younger. Never giving anyone a chance to care and always looking for a way to stay to myself. Oh Joanna I know how you feel. The one lost sheep that God wants to help. The author gives us a glimpse of what it is like to wander alone and allowing pride to keep us from asking for help. Her life is a jumbled mess when she seeks out companionship from strangers and finds herself barely hanging onto reality.

Blake is in on the  road to disaster as he tries to win his wife back, stay one step ahead of the law and break ties with his sister Joanna. They have a very close brother and sister bond but it is slowly turning into a mess. Blake lives on the edge and has this troubled past that he can’t shake. I found it interesting that he couldn’t understand why his wife didn’t want him around anymore. After awhile you have to turn them over to God. The author delivers an excellent portrayal of the prodigal son in Blake. As he gets in deeper trouble,  will he will finally surrender his life to God and repair his relationship with his father? There is a brief encounter Blake has with a stranger that I loved. This person not only gave  him a place to stay but shows compassion when Blake needed it most. A seed has been planted, now let’s watch  it grow.

This story is an emotional journey to redemption, forgiveness and hearts that are changed. Both Blake and Joanna find themselves as low as they can go as they struggle with rejection. Many of us have felt that inner voice telling us that no one  loves us. If only we would get our eyes on God and allow Him to show us unconditional love. I love the way the author showed us through trials that there is always hope. I enjoyed this book and highly recommend it to everyone who needs to heal their broken heart.

I received a copy of this book through the Novel Way Blog Tours with The Mosaic Collection and all thoughts are my own. 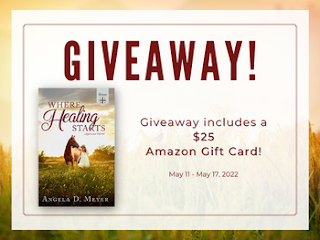