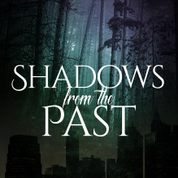 Shadows from the Past

Back Cover Synopsis:
“…It is the price you pay for choosing to be a cop. Your brother’s life…”

Those words haunt her dreams, and her waking moments. LAPD officer, Aurora Kavvan cannot rest until she finds her brothers killer. Digging into the past always brings back unpleasant things: memories, guilt…the hit man. Now she is in a race against time to find the murderer before he finds her.

Someone was trying to kill his dead partner’s sister. FBI agent, Jordan Reiley will stop at nothing to protect the woman he loves. Even if it means going against her wishes; putting himself between her and the man who murdered her brother.

Will God keep them alive long enough for them to find the truth? 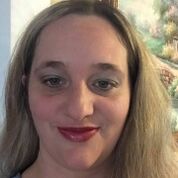 Ashley Dawn was born and raised in rural Arkansas where she developed her love for writing while helping in her parent's office. She graduated with an accounting degree from the University of Central Arkansas but is currently working as a legal assistant.

Ashley has been writing professionally for the past twelve years and has three published books. Her Shadows Series include Shadows From The Past, Shadows of Suspicion, Shadows of Pain, and Shadows of Deception. She is currently working on multiple projects including the fifth in her ‘Shadows’ series entitled “Shadows in Black and White” and also a standalone suspense titled ‘One of Their Own’. She and her family make their home in Texas.

It is not easy being a police officer and there is danger lurking everyday as they go out to protect us. Aurora is a tough woman determined to find out who killed her brother five years ago. I love her fierce strength and never give up attitude. When her life is in danger, her ex-fiance comes to protect her.  I was a bit discouraged at how much the author focused on Aurora at times and didn't seem to solve any of her inner turmoil. I understand that her brother was murdered but I wanted more realistic emotions from her. It was no surprise that Aurora and Jordan would try to rekindle their relationship and I wanted the author to not focus on that so much.

Jordan is a great FBI agent  and has been haunted by his breakup with Aurora. I wasn't surprised that an ex would be the one to protect Aurora and that became kind of the theme of the book. Too many predictable plots and way too much "poor me" moments for my taste. One redeeming quality was the scriptures the author uses and how the characters saw the need to turn to Him.

The basic story line is finding Lance's killer who in turn will be the ones after Aurora and Jordan. It was a huge buildup to the suspect, but I knew it was going to be someone close to Aurora. I couldn't quite get how she suddenly discovered who it was by re reading her report. What did someone try to hide that she suddenly found by shear luck?

I did like the way the author showed how people can deceive you even when you think they are like family. It shows how we can all fall for a lie, but it's up to us to forgive them.
I don't want readers to think this is not a good book to try out. I did like the intense scenes at the end and the way the characters each had to decide to forgive the person who had betrayed them. I was disappointed in how the dirty cop was "taken down." There could have been so many different ways to write that scene, but for a first book it was not surprising. I am going to read her other book and see if her writing skills have changed. It's not a bad first attempt and I will be anxious to see what she has in store in the next book.


"Everything is in God's hands."