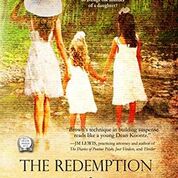 How far would YOU go to avenge the murder of a daughter?

Caralynne Hayman is angry and bitter over the abuse and death of her eleven-year-old daughter from the hands of her religious group, The Children of Righteous Cain. When her husband suffers a sudden heart attack, she does nothing to help him. In her eyes someone needs to pay, and if that means all of the men in the group, then so be it.
Dayne MacFarland is sent away to college by the senior elder of the group to learn ministry. When he returns after finding salvation, determined to bring the truth to the people he’s known all his life, he rediscovers Cara and realizes the love he once felt for her is still deeply embedded within his heart.

Dayne faces men unwilling to turn their backs on the cult training he despises. Cara faces men who follow their leader in abuse toward their wives and the young girls of the group. Cara is considered rebellious and inappropriate to befriend. Dayne is the apple of Elder Simmons’ eye—until he takes a stand against their teachings.

Can Dayne's love for Caralynne bridge the gulf of anger and bitterness that divides the community? Or will Caralynne's deadly secrets prove too high a price for her redemption? 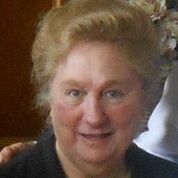 Besides being a member and active participant of many writing groups, Carole Brown enjoys mentoring beginning writers. An author of ten books, she loves to weave suspense and tough topics into her books, along with a touch of romance and whimsy, and is always on the lookout for outstanding titles and catchy ideas. She and her husband reside in SE Ohio but have ministered and counseled nationally and internationally. Together, they enjoy their grandsons, traveling, gardening, good food, the simple life, and did she mention their grandsons?

This book is not an easy read but one with topics that need to be addressed. I cannot image the terror of a young girl seeing her mother being tortured by a man with hate in his eyes. The scars of that day will remain with her and harden her heart in ways that only God can soften. That young girl is now grown and in a marriage where abuse is an everyday occurrence . Cara makes a decision that in her mind will set her free. Can she live with herself after her decision causes a death? She has grieved for a child she feels could have been saved and blames her husband for the death. Will she ever be free from the pain of losing her child? It was hard to read how her daughter died and I could understand her desire to seek peace in her heart.

The author paints a picture of a woman who is hurt and wonders why God has allowed her to suffer. I could understand her desire to be rid of a husband who brought back memories of her childhood. As I continued reading I kept being reminded of the scripture, " Vengeance is mine, saith the Lord."  The story is riveting as we witness a group that keeps women in submission by beatings and threats. I wanted to scream at times as I read how domineering the men were in this little community. It reminded me of a cult that was on the news several years ago. They were kept in a compound and treated like animals. Women had no say and were kept in line by harsh punishment. Young girls were married off to older men and the family could not stop it.

I had a hard time reading this book only because the author has done such a good job of sharing a story of pure evil at its best. Cara comes to the aid of one of her friends and finds herself in danger. Can the new pastor help her get free from this group? Dayne knew Cara in their younger days and has always had feelings for her. What will he do when he witnesses the torture being placed on people by intimidating men?

Elder Simmons is a man to be reckoned with. He reminds me of a bully and takes his authority to the edge. How can he believe that women should be whipped almost to death? His delusion that man should rule over their wife and children with violence made me sick. I could feel how powerful he thought he was and how many feared him. I think he forgot that what the Bible tells  husbands how to treat  their wives. The story shows how people twist scriptures to meet their own needs and how easy power gets to their head.

The author has written a book that is hard to read at times but I found myself wanting to know if Cara will ever be set from her hate and learn to forgive. Cara is a character that has many challenges and her defiance is quickly becoming a problem for the elders. Dayne is trying to open the eyes of the men to see what true love is and how God wants them to treat their wives as helpmates, not doormats. This story was tense at times and at other times so heartbreaking I wanted to stop reading. I appreciate the author writing this story to expose how people can be deceived. It is a journey that will find Cara questioning God and allowing her heart to be softened and her faith restored. 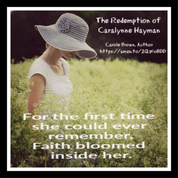