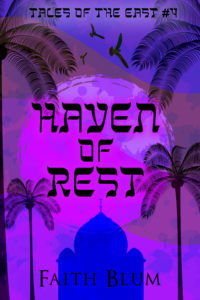 Ignored by her father…
Adah was neglected by her abba and her brother. She must do something. All her previous plans have failed, but she won’t slip up this time. Since her abba is King David, author of many songs, what better way to gain his attention than pulling off a concert featuring twelve of his daughters?
As she plans, Adah’s discontentment grows. She throws herself into the work but worry edges into her heart anyway. Can Adah learn to rest in Adonai as her father? Will she learn contentment in all things? 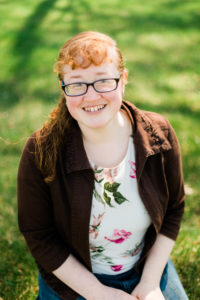 Faith Blum is a small-town Wisconsin girl. She has independently published over 25 books in over five years. Most of her books are Christian Historical Fiction with an emphasis on Westerns. During an eBook sale, she was #1 in Christian Westerns and Christian Western Anthologies on Amazon. During that sale, she sold over 3,000 copies.
Faith currently resides in Central Wisconsin with her husband and their cat, Smokey. When not writing, you can find her cooking food from scratch due to food allergies, doing dishes, knitting, crocheting, sewing, reading, or spending time with her husband. She loves to hear from her readers, so feel free to contact her on her website:https://faithblum.com.

The Haven of Rest was inspired by a friend. I wanted another fairy tale to retelling for my series, but had run out of ideas and she mentioned the 12 Dancing Princesses and how they 12 girls could be 12 daughters of King David. It took a little while, but the idea soon grew into this story.
I do take liberties throughout the story. It is a Biblical Fiction story, and I tried hard to keep to those roots and keep it accurate throughout, including for the betrothals and weddings. However, a few liberties I took were:
I really enjoyed writing this story and hope you enjoy reading it!

The book is very short at less than one hundred pages, but the author weaves a wonderful story within those pages. The author lets us know that she took certain liberties in the story that may not be included in the bible, but I found her story to blend so eloquently. King David has always been fascinating to me and it was nice to see another take of his life by including daughters.

Adah has desired to have more attention from her father , but can't find a way to get it. Most of us probably can relate to Adah as we struggled to get our parents attention as we grew up.  We desire their approval and want to please them at all times. I love the way Adah finds a way to get her father's attention while including her sisters in the idea.

The story was a great lesson in waiting on God. Adah is quite upset by a decision made by her father so she vows to be silent til she hears from God. What I gleamed from this story was how we question God about a direction our life is taking. We think we know the best way to go, and stumble when we doubt God. Adah continues to pray and seek God. Have you ever moved out ahead without the guidance of God? I know that I have and learned a hard lesson by not following Him.

The author does a great job demonstrating how God's plan is perfect and at some point we understand why he directed us to do something we were unsure of. Adah finds herself struggling to go outside her comfort zone and realizes that God's plan was to  place her in a land  where she could share His word.

To celebrate her tour, Faith is giving away a themed basket with two plastic canvas heart bookmarks, a paperback copy of the book, and a crocheted doily!!
Be sure to comment on the blog stops for nine extra entries into the giveaway! Click the link below to enter.
https://promosimple.com/ps/eb98/haven-of-rest-celebration-tour-giveaway
Posted by Deana at 12:05 AM