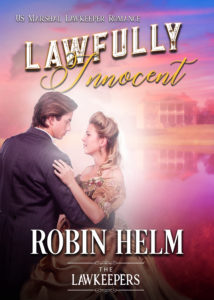 Benjamin Beckett, a handsome young English lord, lacks purpose in his life of privilege. After learning the truth about his heritage, he decides to leave unbearable boredom behind, making drastic changes in his too predictable life.
Adventure awaits Benjamin across the ocean, and he embraces the challenges before him. Can a man who’s not yet thirty be strong enough to impact the New World? Will he find a cure for his loneliness and ennui? 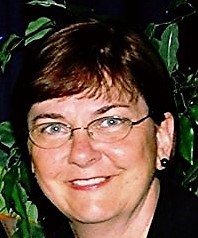 Robin Helm’s books reflect her love of music, as well as her fascination with the paranormal and science fiction.
Previously published works include The Guardian Trilogy: Guardian, SoulFire, and Legacy; the Yours by Design series: Accidentally Yours, Sincerely Yours, and Forever Yours; Understanding Elizabeth; and More to Love. Ms. Helm also contributed stories to A Very Austen Christmas and A Very Austen Valentine.
She plans to publish Maestro, Lawfully Innocent, and A Very Austen Romance: Austen Anthologies, Book 3 in 2019.
Her life in (usually) sunny, small town South Carolina is busy, but affords time for writing, reading, teaching and performing music, and playing games on her phone. (Would you believe she’s an elder in a war game? And she’s writing a book about it?)

I grew up in South Carolina during the 1960’s and 1970’s when the Civil Rights Act of 1964 became law. South Carolina did not comply immediately, so I remember my doctor’s office with two waiting rooms, two water fountains, and two doors, both leading to the same doctor and same examination room. It seemed very strange to me even then. I did not know any African American children, because schools, restaurants, churches, the town pool, the public health center, our neighborhoods – everything – was segregated.
When I was in high school, that began to change. At first, only a few African-American students came to my school. I really didn’t notice, because we all worked together. I have since looked back and realized the bravery of those students. They left their newly built high school, which was much nicer than the very old one I attended, and came to a place where they knew almost no one.
My junior year, our schools and all public buildings were desegregated. Our town handled it very well. Three high schools combined, but everyone kept doing the things they had done. That year, three sets of cheerleaders combined and three of each sports team came together. It was wonderful! We had cheerleaders all the way down the sidelines, and the captain’s position was shared. The school busses were desegregated as well, and I drove a route.
I have no bad memories of that time. There were no fights, no arguments, no violence of any sort.
This story is set in the mid 1840’s in South Carolina, and it addresses what sorts of things had to happen before we could get to The Civil Rights act and desegregation.

The time period is perfect in this book for a look at life in 1840's . The author does a great job describing the countryside and making readers feel a part of the story. The story is short but packs a good adventure within the pages. I did like Benjamin and loved how he treated a young boy who had been a slave. The way he opened his home to Moses was a good example of treating others as you would want to be treated. Every time I read a story about slaves, I can't comprehend how someone could treat a human being so disrespectful.

Benjamin knew owning slaves was wrong and was determined to set Moses free. He became like a father to him and helped him learn who Jesus was. To me, this is the heart of the story. Benjamin loves to share his faith and has opportunities to do so with unlikely people. The two men who were put in jail awaiting their fate reminded me of the men on the cross with Jesus. I thought it was a nice illustration of how God forgives. He doesn't measure one sin worse than the other. Sin is sin. The author uses scriptures throughout the story that was very well placed in areas that helped emphasize the importance of asking Jesus into your heart.

We do get to know Benjamin's wife a bit, but I would have liked to have a little more interaction between Benjamin and his wife.    Being a Marshall has its draw backs, but I felt like Benjamin's heart wasn't really into being a lawman.  There is a bit of danger in the book that leads to a scene that is inspiring.  There is a theme of forgiveness and sharing your faith with others that makes the book interesting to read.  It's a good short story that needed a bit more depth.

To celebrate her tour, Robin is giving away the grand prize of a $50 Amazon gift card!!
Be sure to comment on the blog stops for nine extra entries into the giveaway! Click the link below to enter.
https://promosimple.com/ps/ed78/lawfully-innocent-celebration-tour-giveaway
Posted by Deana at 12:06 AM