Book: Coercion at the Cow Palace 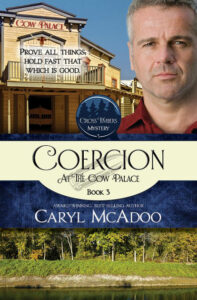 There’s more than a hundred witnesses in the room, but no one sees who shot the newspaper reporter. If not for an offhanded bet, Morgan and Charity would never have gotten involved; he’s not one to let a friend down. The truth of who and why DeeDee’s big engagement is wrecked might never be known if they hadn’t, and it still may not be if the Lowells can’t get the right man elected governor of Texas. Crooked civil servants and politicians who think they’re above the law thwart their every effort. It’s a historic mystery wrapped in redemption, love, politics, and coercion at the Cow Palace. 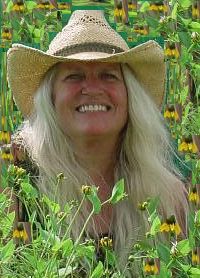 Award-winning author Caryl McAdoo prays her story brings God glory, and her best-selling stories—over sixty published—delight Christian readers around the world. The prolific writer also enjoys singing the new songs the Lord gives her; you may listen at YouTube. Sharing four children and twenty-one grandsugars (three are greats), Caryl and Ron, her high-school-sweetheart-husband of fifty-three years, live in the woods south of Clarksville, seat of Red River County in far Northeast Texas. The McAdoos wait expectantly for God to open the next door.

I have so enjoyed writing these mystery stories with Morgan and Charity Lowell—from several books, but primarily LEAVING TEXAS, book four in the “Cross Timbers Romance Family Saga—as the wise and apt investigators! Of course, I have to throw in a little romance. I just can’t help it!

In COERCION at The Cow Palace, we take a little jaunt from Dallas over to Fort Worth and its Hell’s Half Acre. The city was incorporated in 1873, the year COERCION is set, but already acted as a hub for all the cattle drives coming north through Ft. Worth to the Kansas Railways.

I grew up in Dallas and really hadn’t known that much of Fort Worth’s history, so the research proved so exhilarating! Army General William Worth proposed a string of forts to protect Texas’ new settlers but died with cholera before seeing this come to fruition. His successor named the fort for him thirty years before our story.

It had a booming population of over five thousand—plus almost another thousand slaves—before the Civil War. Afterwards, during the reconstruction, its citizenship dwindled to less than two hundred in the 1860s, but the following decade with the arrival of the railroad in 1976 firmly established “Cowtown, ” Fort Worth’s famous nickname.

I loved setting these characters in this famous Texas town. It’s been said that  Fort Worth was where the West began! I say, “Let the fun begin as we figure out along with the Lowells who done it!”

This series is one of my favorites by the author. It has humor, mystery , faith and outstanding characters. I wonder if anyone has noticed something about the two characters that reflect the author’s life? Morgan and Charity are an awesome couple who enjoy life, pick at each other and friendly as all get out. Here is the curious thing;  they write books together. Oh I know in this series one of them  is the main writer, but really we know they both contribute to make best sellers. Does this sound familiar to anyone about our author? Just a little nod to their own lives which I didn’t know til recently.

Now let’s continue with why this story is so much fun to read. Who could imagine that a murder takes  place with say maybe a hundred or more people present? Why is it that no one knows who did it and what is being hidden that will solve the mystery? I know our favorite couple is on the job and we are in for an adventure in the good old western days set in Texas.

It is very funny that people are not forthcoming with Charity when she asks questions. Guess they don’t want to be featured in the next book written by Morgan. But if you don’t ask questions, how do you solve a mystery? Charity is very clever at getting information and I enjoyed reading  how she subtly found answers that some didn’t want to be known.

The courtroom scene is exciting and full of unforeseen confessions. It was interesting to see how different the prosecutor and defense attorneys approached each witness. With unexpected twists the author gives us a front row seat to how a judge runs a courtroom. It was everything I expected with witnesses trying to back step statements and evidence that made some gasp with  surprise. I was on pins and needles as I waited for the verdict.

The best part of the book for me was witnessing the redemption of several women who thought their sins were too much for God to forgive. The peace they found as they each surrender their life to Jesus was so emotional. You could feel the chains break from them as they were set free. What a wonderful example of how God loves us unconditionally. No matter what sin you have done, you are forgiven. As I say in every review I do for this author, I always grow closer to God after reading her books.

For Him and My Family, February 5

To celebrate her tour, Caryl is giving away the grand prize of a $25 Amazon gift card!