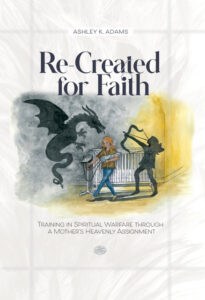 In the face of impossible odds, Ashley Adams considered no other option but to rank up in faith, pairing with God on the invisible battlefield over her baby boy’s life.

Re-Created for Faith is the story of Carston Ford Adams and how the spiritual and physical world collided for his existence. When all the voices were crying out “death,” his mother believed for more. There had to be a purpose for these obstacles in her son’s life, but what? How could Ashley triumph over what was sealed for his fate? She was about to find out.

Through intense devotion to God’s word and prayer every day, God gave Ashley a fresh faith and supernatural strength to relentlessly pursue saving Carston’s life. This fight was not merely material but spiritual, a battle between forces of life and death. The hospital room became her training ground of righteousness as God taught her how to use the weapons He has given every believer to fight an enemy only interested in our destruction. Refusing to give up, Ashley experienced many breakthroughs-signs, visions, and answers for some of the biggest decisions she would ever have to make. Miracle after miracle pointed directly to the only One who could truly heal, which may have baffled the experts but spurred her on to keep fighting.

Re-Created for Faith shows what is possible when one mother refuses to back down to the enemy and how to anchor these strategies in everyday life to advance in our battles. When we go beyond belief to action, believing God for a victory regardless of the visible, miracles really do occur, and God’s glory is revealed…big time.

“For though we live in the world, we do not wage war as the world does. The weapons we fight with are not the weapons of the world. On the contrary, they have divine power to demolish strongholds.” (2 Corinthians 10:3-4) 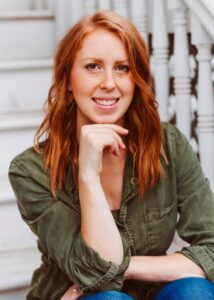 Ashley Adams is an inspirational writer, who actively journals God’s voice and direction He has for her every day. Re-Created for Faith is the birthplace of her ministry. She blindly trusts in God for the next big steps to expand the Kingdom, faithfully using her social media platforms to encourage people through real-life heartache and God’s plan for it. Ashley lives to see souls saved, serving as a board member and director at Scioto Youth Camp: Reaching Kids for Christ, along with hosting Bible studies in her home for women of the community.

Ashley and her husband, Justin, now have four children, including their newest baby boy. They recently made a big move out of town and into the country. They now reside on what used to be her great-grandfather’s farm of over one hundred acres and are building a new home, excited for what the future holds. Ashley is determined to obey the Lord as He guides, raising tiny disciples through her homeschooling and pressing in on aspirations to adopt more children. Ashley’s faith has been tried by fire, yet she experiences God’s blessings ten-fold.

This mission from God all stemmed from one simple prayer and the greatest thirst for Him that could not be quenched. “God, use me!” I prayed day after day, not knowing that God’s plan begun the moment I first uttered those words. Nine months later, He literally delivered what was the most precious and greatest challenge of my faith. In the midst of fighting for my son’s life, I didn’t have much of a choice but to record every detail of battle and victory. This story wasn’t an idea; it didn’t stem from a dream. God chose this assignment for me, a journey much bigger than I would have ever chosen for myself, and so in obedience to His command, I wrote. A simple prayer and a battlefield became my pencil and paper as I revealed the power of God and miracles He still performs today. When you crack open my book, I dare you to make a stronger commitment to Christ and rank up in faith as you relive the battle with me, learning my lessons along the way to receive the crown of victory.

What a powerful test of faith this book is. When all medical  tests point to hopelessness, God was working a miracle in a tiny unborn baby. Also going on was the transformation of trust and awakening in a woman’s spirit to fight for her child. Although the book at times made me cry I felt the author’s  cries of hope when everyone around her were giving up.

The options given to  Ashley and her husband for their baby were heart wrenching. They were in a fight to save their baby even though doctors were not convinced that baby Carston would survive. It is hard to read all the trials this family went through. It felt like a rollercoaster for them as one day Carston was doing well, then within minutes everything changed. I loved how the author uses her testimony to share scriptures and challenge us in our own faith.

I remember rushing my youngest son by ambulance when he was only eighteen months old. He was having seizures and no one could find an answer as to why. Day after day in the ICU with him brought me to my knees. Much like the author I surrendered everything and put my complete trust in God. As the days went on they finally came back with an answer. He had come in with bites  on his arms and legs. It was determined that he was allergic to misquotes which caused his reaction to be seizures. I would have loved to have had this book during those moments in the hospital. The author is encouraging and with these words, “God has no limits and is always on time, knowing just what we need to carry on.”  I realized how much I needed to hear those words.

We all go through trials and while some of us find  courage to fight others give up. The author allowed God to help her in this spiritual battle and showed her that He was there with her family as they prayed for wisdom. The book is not only a test of faith but “to go deeper with God.”

For Him and My Family, April 17

Because I said so — and other adventures in Parenting, April 21

Spoken from the Heart, April 25 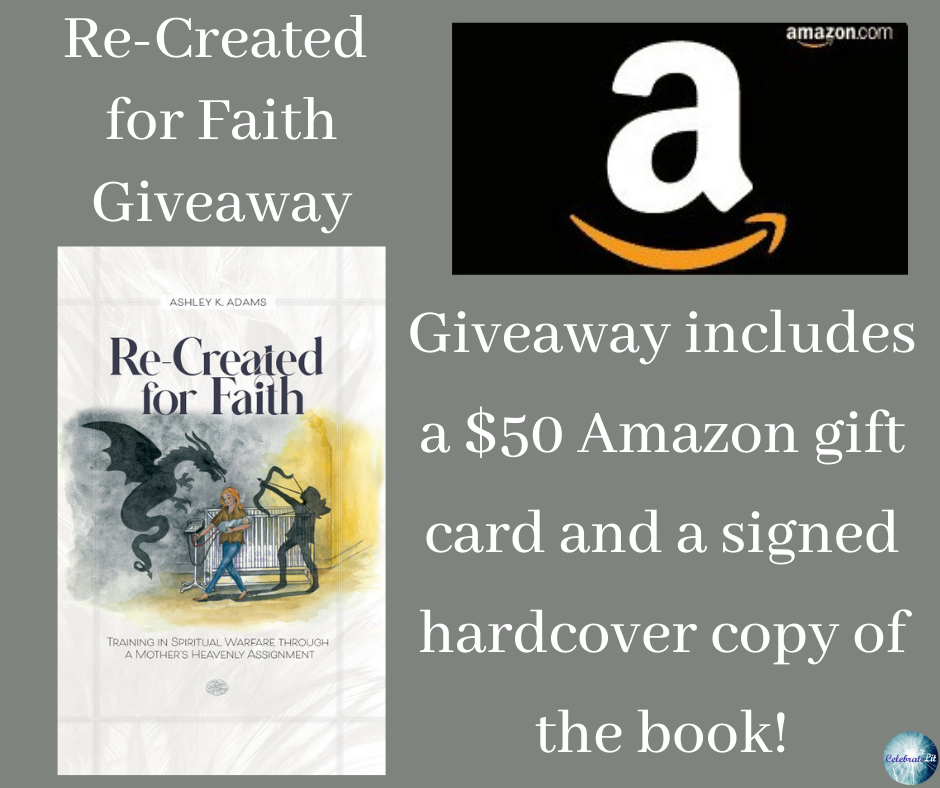 To celebrate her tour, Ashley is giving away the grand prize package of a $50 Amazon gift card and a signed hardcover copy of the book!!