Reading for entertainment is extra beneficial when it is also educational. I love this aspect of cozies, and DANDELION DEAD and its series, NATURAL REMEDIES MYSTERIES, is both educational and entertaining, teaching readers while delivering a compelling and engrossing mystery.
~Mallory Heart’s Cozies
Dandelion Dead is a fun read, both for the mystery and the info on edible plants and natural remedies.
~The Book’s the Thing 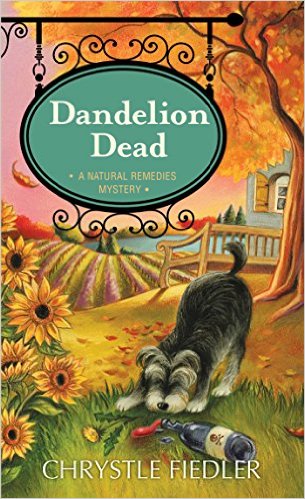 In a cozy mystery filled with natural cures and edible plants that you will love, an organic winery becomes the backdrop for murder! Fortunately, solving crimes comes naturally to charmingly unconventional amateur sleuth and holistic doctor, Willow McQuade, as she looks for clues that will reveal a killer’s true vintage.
Business is blooming at Nature’s Way Market & Café, and shop owner, holistic doctor, and amateur sleuth, Willow McQuade has never been happier. Her new medicinal herb garden is a hit, so is her new book, she’s in love with ex-cop and animal rescuer Jackson Spade, and enjoying teaching seminars about edible plants and natural remedies.
But everything changes when Willow’s old boyfriend and TV producer, Simon Lewis, winemaker David Farmer, and his wife Ivy, ask her to cater a party at Pure, their new organic vineyard, to kick off North Fork’s Uncorked! week and the competition for Wine Lovers magazine’s $200,000 prize. Pure’s entry, Falling Leaves, is the favorite to win, and the wine flows freely until after Simon’s toast when smiles give way to looks of horror. Ivy’s twin sister, Amy has been murdered! Turns out, the poison that killed her was actually meant for David. But who wants him dead? A rival vintner? Or someone closer to home? This time the truth may be a bitter vintage to swallow. 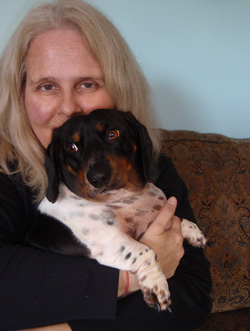 Willow is a very fascinating character and I wanted to follow her around as she picked up wild plants and described how they could be used. The author has really done her research and the details of the  edible plants shows her knowledge and helps the story flow with ease. The story picks up speed as Willow caters a party. There are very distinguished groups at the party all vying for the $200,000.00 prize given by Wine Lovers Magazine. There are verbal fights going on throughout the venue and some are becoming quite heated. As the wine begins to flow , the crowd starts to get antsy and some of the guests are getting out of hand. I loved how the author brought several characters together and showed how jealousy and insecurity can really make for some  heated conversations.

The tension in the room was building and you could feel something was going to happen any minute. Willow tries to step in to quiet the outbursts, but it doesn't do much good. It is time to bring her rugged good looking ex-cop Jackson into the mix to control the crowd. I could picture the room in almost chaos and feel the tension that was so thick as voices became louder and the tension grew stronger.

The scream was one of disbelief and pain as Ivy saw her sister laying on the floor dead. Just minutes before they were arguing, now one of them was dead. Did Ivy kill her sister? The guests were being detained as the police  start their investigation. Willow is warned not to snoop around and try to solve the murder. Of course that doesn't stop her and off she goes with Jackson and her friend Simone on another adventure that will  have them chasing clues, twists and turns  and an unforgettable whodunit l mystery. Was Amy the target of the killer? How did she get poisoned?

Get ready for a great mystery that is action packed, filled with surprises and an ending you don't see coming. The recipes at the back of the book is a great addition along with information about animal rescue. I'm excited that I have found a new and exciting author to read.

I received a copy of this book from The Great Escapes Book Tour.  The review is my own opinion and I was not compensated for it.