WELCOME TO THE REVIEW PROMO BLAST OF ESCAPE: INTENSE BOOK 1
written by GLENN HAGGERTY and presented by CELEBRATE LIT 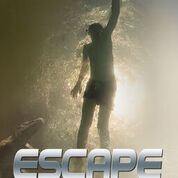 “I’d never seen a dead body before, but I was pretty sure the guy in the car trunk was dead.”

Middle school's tough, and Tyler Higgins just wants to hang with the cool kids. But Dustin’s idea of quality entertainment is spying on parked cars on Lover’s Lane. When two creeps show up with a body, Tyler doesn’t want to stick around. Then again, he might not have much choice. 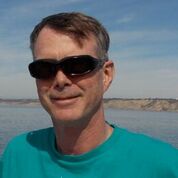 Glenn writes inspiring adventures with an edge. No matter how dark the day, finding hope to pursue the prize is the core of all his novels and studies. He is a member of ACFW (American Christian Fiction Writers), a graduate of Vision Loss Resources and Bethel Seminary, the father of six and grandfather of seven. Glenn likes tandem biking, kayaking, and daydreaming and lives in Minneapolis with his wife. He is also an award-winning author with short stories published in Splickety, Havok, Cadet Quest and Partners. Chase, the third book in his Intense series was released on April 1, 2018.

This was certainly a action  book geared for middle school to teen  readers.  It deals with peer pressure and how a young boy finds his way to do the right thing. I'm sure all of us have been pressured at some point in life to do something we knew was wrong. What happens to Tyler when he gets involved with the wrong kid? There is always that one boy or girl who everyone thinks is cool. They want to hang out with them even though they are headed for trouble.

The story finds Tyler and Dustin first doing something on school campus that brings out the police and other emergency personnel.  I was hoping that Tyler would learn his lesson, but no he decides to follow Dustin again into something much more dangerous. The adventure is intense and there are a few scenes in the book that  I found the descriptions to be a bit too graphic and some of the story was over the top and hard to believe. The author does have a good story concept and a great lesson about telling the truth and doing the right thing. It did feel like the author abruptly stopped the story and left readers wandering what happened. It didn't seem to be a finished story and there were lots of holes that needed to be explained.