PRETTY ENOUGH FOR YOU
by Cliff Hudder 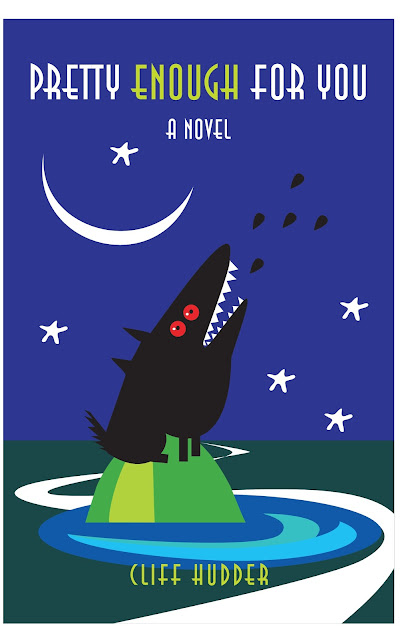 Ne’er-do-well immigration attorney Harrison Bent can’t imagine why the wealthy and mysterious Maggie Leudecke wants him to solve her eminent domain problem.  If he didn’t have an angry wife to placate, an inscrutable stalker to identify, an obsessed girlfriend to escape, and a murder to solve, a successful outcome to the Leudecke case might revive his career, pay for his autistic son’s special school, and—most important of all—help convince his young paralegal, Chloe, that the afternoon she spent with him in a cheap motel wasn’t an error in judgment, but the beginning of something profound.

If only he had some clue as to what he was doing ...

Praise for PRETTY ENOUGH FOR YOU


"I can think of no one writing today who has so beautifully put into vital relationship officious history and literary fiction with such provocative and thoroughly entertaining results. This is a stunning debut by a master storyteller."  — Wendell Mayo, author of Centaur of the North, In Lithuanian Wood, and B Horror and Other Stories

"I don't recall many historical novellas or novels abounding in comedy. Another distinctive technique is the pseudo-footnotes. They remind me of Nabokov's footnotes in Pale Fire." — Robert Phillips, author of Spinach Days, News About People You Know.

From the book: I know myself. That’s the good news. That’s also the bad news. For example, I knew I was not equipped to deal with the Leudecke case. I also knew I wouldn’t turn it down or hand it off to somebody better suited. But, seriously, what background did I have in eminent domain?  Or with Mexican drug dealers?  Or dead Mexican drug dealers?  None. And I knew it. 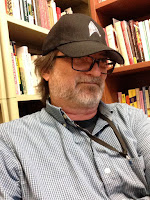 CLIFF HUDDER earned an MFA in Fiction Writing from the University of Houston. His work has received the Barthelme and Michener Awards, the Peden Prize, and the Short Story Award from the Texas Institute of Letters.  His novella, Splinterville, won the 2007 Texas Review Fiction Award.  He teaches English at Lone Star College-Montgomery and lives in Conroe, Texas.

Brought to you by

As I began the book, I realized I knew nothing about what is involved in writing a book to get published. I learned what NANOWRIMO was and became very intrigued . National Novel Writing Month happens each November where people sign up to take the challenge of writing 50,000 words in thirty days. Sounds easy , doesn't it? Maybe for some it is, but for others it is a challenge to begin your first thought onto paper.

The author takes us on her own journey during that month and shares with us the frustration and extreme pressure of trying to write a very specific word count. It does sound intimidating , but with the tools the author gives you in her book, you can achieve that goal.

She gives us a daily glimpse into her day as she tries to reach her daily goals. For some this could be a real challenge if you are juggling a full time job and have other comittments . For those who are thinking of doing this challenge, I encourage you to have the authors book as your go to reference material. In the book is valuable resources,along with her personal journey and encouraging scriptures to help motivate and empower you. This is a must read for all new authors who need inspiration and encouragement to pursue their dream of writing their first novel.