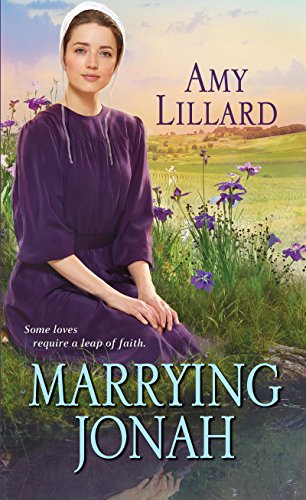 What a beautiful and emotional story the author has written. I love everything about her writing. She makes the characters so real you feel  a part of the story. The  author delivers a powerful story about a young couple filled with turmoil , pride and forgiveness. I enjoyed the depth of emotions that the author explored with the characters. Some may think that the Amish have a simple life with no problems but through the authors eyes she shows us real problems that couples face even among the Amish.


Sarah has loved Jonah forever it seems. She has always dreamed of being with him, but his heart has always belonged to Lorie. It is hard for Sarah to see them together but she must face the harsh truth that Jonah is in love with Lorie. I loved Sarah and thought she was a great character. I felt sad for her as she yearned for Jonah. Have you ever loved someone and they didn't feel the same way?

Jonah thought everything was great between him and Lorie. It must have been a shock to find out that the love of his life has run off with someone else. His heart is broken and knows he has to try to get over Lorie. One evening he runs into Sarah and their lives are changed forever. Have you ever done something you wish you could go back and undo? For Sarah and Jonah they have no choice but to marry. Sarah should be happy that she is marrying Jonah, but she feels little happiness on her wedding day.

As they adjust to married life tragedy strikes. It is a very emotional time for the couple and Sarah especially is having a difficult time. I was surprised how Sarah became so distant from Jonah and seemed to decide that he didn't love her.  The author really does  a great job of letting Sarah experience different emotions . I must say I was a bit sad as I read how this couple struggled with their feelings. Sarah seemed especially hard on Jonah and I wanted to tell her to stop being so stubborn. One of the things Sarah and Jonah lacked was communication and I loved how the author made that a focal point in the story.

It is a very touching and at times heartbreaking story. Will Sarah and Jonah stay together? Can they get past their pride and share their feelings with each other? You don't want to miss this story that shows how a couple struggles with their marriage and through prayer and guidance will try to find their way to forgiveness and reconciliation.

I received a copy of this book from the author. The review is my own opinion.
Posted by Deana at 11:17 PM No comments:

The next book to keep you up way past your bedtime? Shelley Shepard Gray’s Her Secret, a suspenseful tale of a young Amish woman who is forced to move to a new town to escape a threatening stalker. Just as Hannah is finally settling into her new life, and perhaps finding a new love with Isaac (the friendly Amish man who lives next door), more secrets are revealed and tragedy strikes. Hannah must decide if she should run again or dare to fight for the future she has found in Hart County.
Enter to win a copy of Her Secret. Five winners will be chosen! Click the image below to enter to win. The winners will be announced April 3rd on the Litfuse blog! 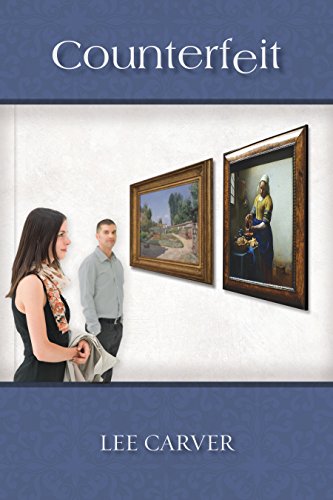 I was thrilled when I found out I was going to get to read this book. I love the author and think her writing is very detailed. Kendra is a wonderful character and I loved her artistic ability. When she travels to Amsterdam I felt like I was there with her. The vivid description is easy to imagine and the history of the place was well researched. Throughout the book I enjoyed the various artwork the author included and I appreciate the time she took to be precise about it.
Kendra is a long way from home but decides what a wonderful place to improve her skills. She starts to paint famous paintings and is quite good at it. Her ability catches the eye of several people. One will suspect she is copying art and selling it as her own. The other person has more selfish and unlawful intentions towards her work. The story is suspenseful and it made me think what a great movie this would be. The art world has come to life in this fast paced book with interesting characters and a plot to put counterfeit art on the unsuspecting market. It's a race to catch the imposter as the book keeps you guessing . Thank you for your beautiful story that helps readers understand art better and takes us behind the scenes to a world few people get to experience.
I received a digital copy of this book from the author and The BookClub Network. The review is my own opinion.
Posted by Deana at 7:44 PM No comments:

The reader is taken along through the questions and twists and turns of the mystery in an entertaining and comical ride.
~My Journey Back

Just before Walter Egret is killed in a hit-and-run, he phoned his half-brother Sammy to report that he’d unearthed their missing father’s pocket watch, along with a pile of human bones. The project is put on hold until it can be determined if the site is an Indian burial ground. Then the bones disappear.
Now Sammy and his brother’s three orphaned children want Eve Appel to go pro, applying her innate snoopiness to the trade of private investigator.
Eve already has her hands full with her two consignment stores. What is she going to do? Sammy and Walter are Miccosukee Indians, and Walter was employed as a backhoe operator on a construction site for a sportsmen’s resort. Was Walter’s death murder or an accident? If the bones belong to Sammy’s father, how did they get there? Delving into these mysteries, Eve is aided by her usual crew of friends and family. This adventure will not only up the stakes for Eve as an investigator, but it will also open her eyes to life possibilities she never imagined.

About The Author –
Lesley retired from her life as a professor of psychology and reclaimed her country roots by moving to a small cottage in the Butternut River Valley in upstate New York.  In the winter she migrates to old Florida—cowboys, scrub palmetto, and open fields of grazing cattle, a place where spurs still jingle in the post office, and gators make golf a contact sport.  Back north, the shy ghost inhabiting the cottage serves as her literary muse.  When not writing, she gardens, cooks and renovates the 1874 cottage with the help of her husband, two cats and, of course, Fred the ghost, who gives artistic direction to their work.
She is the author of a number of mystery series (Microbrewing Series, Big Lake Mystery Series, Eve Appel Mystery Series and the Laura Murphy Mysteries), a standalone mystery (Angel Sleuth) and numerous short stories.

Why have I not heard of this author before? I can tell you that I have found a new hero in Eve Appel. She is one sassy, funny, and determined woman. The author has done a great job of keeping the story at a high caliber level with a mystery within a mystery. It's not everyday that a construction company digs up bones at a job site. The question is who is do the bones belong to? How long have they been there and how did they get there?

I loved reading about Eve's shop and all the nice things she had there for customers to look at. The grandmother is a character that I want to hang out with. She is feisty and can be very forceful at times. She is someone you really want on your side. The story is very interesting as the bones discovered could be those found on an Indian  burial ground. I loved how the author gives details of the Miccosukee tribe. Sammy , Eve's boyfriend is a Miccosukke Indian and he and his brother Walter believe the bones found could be their father. Walter is mysterious when he finds something among the bones and slips it in his pocket. What did he find that could put him in danger?

I think my favorite character has to be the mob boss that is Eve's friend. He is one powerful man that can put fear in people just by looking at them. Eve trusts him and finds herself asking for his help with several issues that only he can solve without drawing attention to himself. I loved how he is very kind to Eve and will do anything for her. It is an uncommon friendship that really makes the story intriguing.

The story has many twists in it and I like how the author incorporated an aspect of the story that involves a young boy who could face jail time . I don't want to give that part of the story away but it ties into the main story very nicely. There are some very emotional moments in the story that readers will find compelling. The ending is excellent and I believe readers may be a bit surprised. Grab your copy of this mystery and follow Eve and her crew as the mystery will take them to seedy parts of town and danger that appears out of nowhere.

I received a copy of this book from The Great Escapes Book Tour. The review is my own opinion.