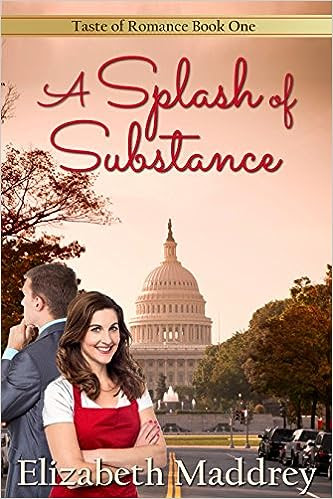 A Splash of Substance by Elizabeth Maddrey

I received a copy of this book from book fun.org for an honest review

Paige Jackson is a great chef and decides to branch out on her own, instead of working along side her dad in his restaurant. She opens a catering business that buys local , sustainable items and believes in using every part with no waste. Have you ever had beef tongue ? Paige believes that it can be a very good menu item if made the right way.

Jackson Trent has a very demanding job working for  Senator Carson. He has a deep passion for his faith and tries to weave his beliefs into the political field. He seems to have his job under control , until the Senator assigns him the task of finding a caterer for a fundraiser. After several attempts for Jackson to find someone , the Senator steps in and tells Jackson she wants Paige's company to do the catering .  He has his doubts about Paige but after a meal she prepares , he is pleasantly surprised at how great the food is. Will this be the boost Paige needs to help get her name out there? Can she become successful while still maintaining her strict beliefs of sustainable foods?

When Paige and Trent meet, the author gives us subtle hints of perhaps a relationship that could develop. I liked the banter between the two characters and the determination that Paige has. It seems that all is well until a scandal involving the Senator brings changes to Jackson and Paige's lives. The author gives us a great political dilemma and takes both characters on a journey that could threaten their relationship.

Can Paige and Jackson find happiness? Will they rely on God in their darkest hour? I loved how the story builds slowly and then gives us an unforgettable journey of forgiveness, scandal, hope and direction. The author leaves you wanting more and I'm glad to know that the story continues in "A Pinch of Promise."
Posted by Deana at 9:52 PM No comments: 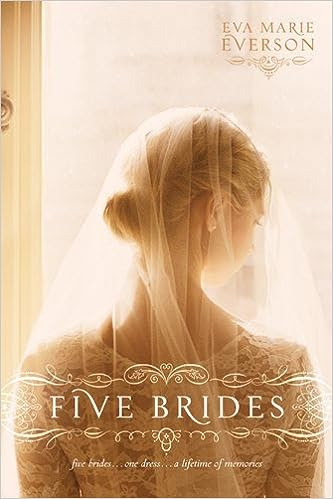 I received a copy of this book from bookfun.org and Tyndale Publishing for an honest review

The book is about five very independent women finding themselves as roommates in an apartment. They all come from different backgrounds, but share a common goal. They are each wanting to make it in the big city of Chicago in the 50's. The arrangement is a perfect fit for everyone. Each woman seems to have different schedules and hardly see each other.

On one particular day, they found themselves off work at the same time . They decide to go on an adventure and explore downtown. They discover an exquisite wedding dress expertly displayed in the window of a shop. They are drawn to this dress and soon find themselves in the store. As each one tries on the dress, they know they must have it. I chuckled a bit as I read that each woman was willing to put in their amount in order to purchase the dress and share it. That idea I thought was a perfect setup for a story that would take me through  the friendship, heartaches , romances and possible weddings of each woman.

The author develops the characters with such grace as she writes about their strengths and weaknesses, which made me enjoy reading about each one. Will they each be able to share that special dress? Can it make their wedding special , knowing that someone else had worn it? I  loved the journey the author takes the reader on as we get a closer look as each woman and how the dress would come to be a part of their journey. Do they all wear the dress and get married?

I found the book to be very entertaining and was impressed with the details the author used in giving us a taste of what it was like in the 50's. Thank you for letting us follow each woman as they made memories and how one dress  and five women made an unforgettable story come to life.
Posted by Deana at 9:49 PM No comments:

Arctic Warriors…a story about the struggle between the defenders of freedom and the forces of tyranny in America’s Northern most outpost.

The Bering Strait links the Arctic Ocean with the Bering Sea and separates the continents of Asia and North America. The U.S.-Russian boundary extends through the Strait. At the closest point 2.4 miles of open water separate the islands, thus the two greatest super powers on earth.

The importance as an invasion route is obvious. At the height of the cold war, the U.S. moved to block this invasion route by deploying naval, ground, and air defense commands throughout Alaska.

Eielson Air Force Base was a SAC facility located approximately 50 miles outside of Fairbanks, and some 200 miles from the U.S. border with the U.S.S.R. The fighters and B-52’s stationed there served to ‘check-mate’ those who would consider the Bering Strait as an invasion route.

The 562nd   Air Defense Artillery defended Eielson with a ring of five Nike Hercules sites. The missiles were armed with nuclear warheads.

​These nuclear birds were a constant target for espionage. Military Police Officers, trained in special tactics designed for the defense of nuclear weapons, were charged with the protection of these sites, and the personnel assigned to them. Their focus was singular, protect those nuclear warheads, and their methods were aggressive.  Still, the chain is only as strong as its weakest link.

​The Soviets recognized this and directed their efforts to breaking through the chain of defense. They flooded Fairbanks with spies, employing attractive women, who would prey on the lonely GI, gathering every scrap of information they could, in the effort to create a breach in the chain of security protecting our most effective weapons systems.

​ The author was a member of the Military Police Group that was assigned to the protection of the 562nd and it’s personnel. His novel, Arctic Warriors, is a fictional account of his experiences in this silent war between the world’s super-powers.

The setting is Charlie Battery of the 562nd Air Defense Artillery, United States Army Alaska. The time is 1968-69.

J.B. opened his eyes as the slick slowed, banked left and began its descent. The doors and studded floor were covered in streaks of frost laid on by the ships dash through the frigid arctic air.

​The nose of the Huey lifted a bit as the pilot flared the ship. The doors slammed back and they jumped into the night, landing on foreign soil. Scanning the tree line they waited. Nothing; the insertion was undetected.

J.B. thought, ‘their forest is no different than ours, just across the strip of water separating us, yet for me and mine this one is filled with danger.’ He gathered the squad as the Huey raced away across the Bearing.

Now they were alone. Trespassers, come to kill or retrieve a traitor.

Ken Bangs is a native Texan who grew up in the then small town of Plano. By the time he was ten years old he knew for a certainty that he wanted to spend his life as a police officer. Following high school graduation Ken joined the Dallas Police Department and was walking a beat in downtown Dallas at the age of 19.

Ken spent 35 years in law enforcement and public safety the last twenty five as the Director of Police and Security Services for the Plano ISD. After retirement Ken and his wife Trudy moved to a farm outside of New Boston Texas where they established a home for children who were in the care of the Texas Child Protective Services. For the next ten years they devoted their lives to these disadvantaged children. An ordained minister Ken also served as the Senior Pastor for Regions Christian Center in Texarkana.

A veteran of the United States Army Military Police Corps, Ken holds a B.S. in Criminal Justice, a M.S. in Human Relations and Business Management and a Doctorate of Ministry in Christian Counseling.

Ken and Trudy have been married 45 years and now live in McKinney, Texas.

More about Ken and his books here:
http://www.amazon.com/Ken-Bangs/e/B00KMEEQ8Q 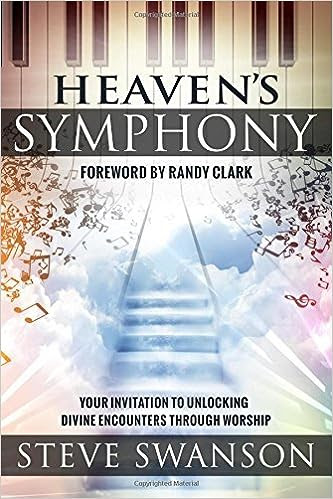 I wasn't  really sure what to expect from this book. Was it going to be a book about how we were suppose to worship? Would I feel inadequate in my worship time after reading this book? The answer to these questions set me on a path to truely understand how powerful worship can be and how I felt a peace come over me as I read this amazing book.

I related to the author instantly when he said his dad was a pastor. I , too am a preacher's kid. Sometimes that is a hard journey to travel , but as I read the book I began to understand the choices we are given that points us in different directions. I loved when the author said" Its easy to trust God and obey when life is what you want it to be. It's harder to trust and obey when we, like Christ, must take up our crosses to follow him."

I appreciate the author's transparency as he went through the hurt of going through a divorce. In those moments , he knew that God was working on him . He felt despair, loneliness and a sense of being lost. When he encountered his new wife Lisa, he was still feeling despair, but God had ordained an encounter with Timothy who became an amazing friend to him. I love the journey he experiences as  he began to find his way back to God.

As the author begins to regain his trust in God , his worship became more meaningful and heartfelt. The author said," God loves to encounter us in corporate worship, but He is also looking for individuals who will be a tabernacle of praise."

Throughout the book, I began to see more clearly what true , unabashed worship is. Letting yourself be  lost in his presence and giving Him all of you is what He wants. Everyone worships differently, and when we become comfortable letting go, we find ourselves in the beauty of His presence. Thank you for writing a book that helped me be more free in my worship and less distracted by others around me.
Posted by Deana at 6:57 PM No comments: