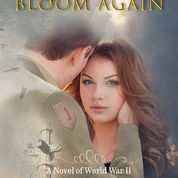 As war approaches in 1939, Abby Stapleton’s safety is under threat. Her father, a British diplomat, insists she go back to America until the danger passes. Abby vows to return to her home in London—but where is home? With her family facing mortal danger so far away and feeling herself isolated, she finds it hard to pray or read the Bible. Did she leave God behind in war-torn London too? Abby becomes friendly with Jim, a gardener on her uncle’s estate.
Jim can’t get Abby out of his mind. Did she have a sweetheart in England? Was it foolish to think she’d consider him? He curses his poverty and the disgrace of his father’s desertion and drunkenness haunts him. Can he learn to believe in love for a lifetime and to hope for a happy marriage?
Abby couldn’t know the war would last a long time, nor that she would fall in love with Jim—soon to be drafted by the US Army—or that she’d have to confront Henri, a rejected suitor, determined by his lies to ruin her reputation and destroy her faith in God’s providence. Will she discover the true meaning of home and find happiness with Jim? 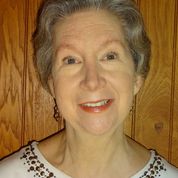 PAT JEANNE DAVIS has a keen interest in 20th Century United States and British history, particularly the period of World War II. Her longtime interest in that era goes back to the real-life stories she heard about family members who served during the war. When Valleys Bloom Again is a debut inspirational romance set in WWII. She enjoys flower gardening, genealogy research and traveling with her British-born husband. She writes from her home n Philadelphia, Pa. Pat has published essays, short stories and articles online and in print. She is a member of American Christian Fiction Writers. She loves to hear from her readers. Visit her at https://www.patjeannedavis.com

This has been a wonderful story as the author takes us in the trenches of war during 1939. The details are so realistic that you could hear bombs going off as soldiers fight for freedom. I loved Abby and how much she cared for others. She has a big heart for children and finds herself in charge of what we consider a daycare. It was hard for her to be in America away from her parents that were still in London. The threat of danger surrounded her as she prayed her parents would stay safe.

Jim was a very patriotic person and wanted to enlist to do what he could for his country. I enjoyed reading how Abby and Jim developed a relationship. It was sad when he was shipped out. I had hoped they would marry before he left but it didn’t happen. As Abby received letters from Jim, I though about all the men who wait patiently to hear from loved ones as they fight the enemy. How sad it would be if someone never received mail. The author describes the war in great detail through the eyes of Jim. His life was in constant danger and the things he witnessed were so hard to read.

The story is a glimpse at war where espionage is exposed in this emotional story. I loved the faith element spread through the story. There is someone that tried to befriend Abby and I instantly didn’t like him. He was ruthless, sneaky and demanding. This part in the story had me on the edge of the seat because I wasn’t sure if Abby would be rescued from his evil plot. It was very intriguing and I have  to say it was one of my favorite parts of the story.

I received a digital copy of this book from Celebrate Lit. The review is my own opinion. 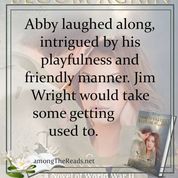