Book:  God Did Not Do This To Me
Author: Lisa Stringer
Genre:  RELIGION / Christian Living/Personal Growth
Release Date: May 4, 2020 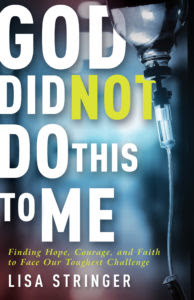 Lisa and Doug Stringer were ministering in Massachusetts in March 2015 when a lump in Doug’s throat started to bother him. “I don’t feel well,” he told his wife. “The lump I felt in my throat a few days ago feels larger.” When they were able to see a doctor, they were horrified to learn that Doug had Stage 4 large B-cell lymphoma that was 80 percent aggressive.
Doug spent the rest of the day sitting in his car, alone in prayer. Finally, he called Lisa to tell her that he was on his way home and he wanted a family meeting and communion. Emotionally exhausted and noses still running from crying, Lisa, her mom, and Ashley gathered in the family room as Doug told them about his time with God.
“God did not do this to me—and if He did not do this to me, then it doesn’t belong to me!” he told them emphatically. It was just what they need to hear.
God Did Not Do This to Me is Lisa’s story of the family’s trials and triumphs through a cancer diagnosis. Putting on the armor of God, Doug was determined to turn his battle with cancer into an intercession for the country, even joking that the chemotherapy treatments made him resemble a bald eagle.
By the end of the year, Doug’s cancer was in remission.
“We know that the Great Physician heard the numerous prayers of our friends and spiritual family from all over the world, and blessed us all with a testimony of His healing power,” Lisa says. “We are forever changed through this experience. He has expanded my heart of compassion, taught me to pour out more grace, to be an even bigger giver, and to appreciate the little things all the more.”

MY REVIEW
There are many books available to read about cancer. It is not my favorite subject to read because it hits home. My brother was diagnosed with Stage IV colon cancer. I remember the day in the hospital when the doctor asked me to step out in the hallway. He told me that my brother only had at the most two months to live. I felt like someone had hit me in the heart as the pain  was so horrific. I went back into the room and held my brother’s hand as I told him the news. He asked me to promise him that he would not stay in the hospital. I took him home and became his full time care giver until he passed away with me by his side in March.
I appreciate the author’s story because it shares what it is like to be a care giver.  Lisa wanted to be there for her husband but there were times she needed to just fall on her knees and cry out to God. The scriptures used in the book are very helpful and I love how so many people surrounded them in prayer. The author lets us inside her journey with realism. I remember meeting the author and her husband right here in Houston. I was familiar with their ministry and how dedicated they are to ministering to others.
People want to be helpful during difficult times and most mean well. As the author states there were some not so nice emails. It is hard at times to keep going when it feels like everything is against you. My brother chose not to do chemotherapy but rather to go home to be comfortable. I am thankful for the hospital who never once told him he should try something. They did however show him compassion as he left the hospital to begin his next journey. M.D. Anderson hospital is very well known for its treatment of cancer. I enjoyed reading how the Stringer’s used their time there to pray for others.
I loved reading how steadfast their faith was during this journey and how supportive their daughter was as well. There were times while I took care of my brother that I held back tears so he wouldn’t see me upset. We never know why we go through things but I know God had a divine appointment for me and my brother. A few days before he passed away, I lead my brother to Christ. As tears streamed down both out cheeks I heard him say, “Jesus I love you. Come into my heart.” Reading this book has comforted me and has helped me know that God is always there holding our hand as we walk through trials.
One of the things I really liked was how strong this couple was and how they continued to help others. I loved the pillows of peace  ministry they continue even today. What an expression of love to receive one as you struggle through illness. I appreciate the outpouring of love this couple shares as they walked into a new ministry.  This is a well written first hand look at cancer and the journey one family took. It is encouraging and honest and one that others could benefit from.
I received a copy of this book from Celebrate Lit. The review is my own opinion. 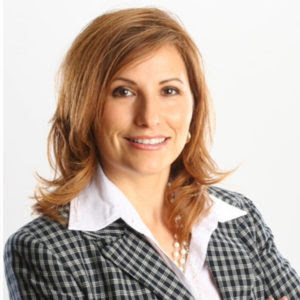 Lisa Stringer is the wife of Doug Stringer, the founder and president of Somebody Cares America/International, a network of organizations impacting their communities through unified grassroots efforts.
Lisa worked in the secular radio and music entertainment industry for seventeen years, becoming the first female program director of a top-40 station in a major market in the United States. Later, she became the vice president of programming and promotions of a radio group. Lisa has received numerous awards, including gold and platinum records for her contribution to the success of many highly recognizable recording artists and entertainers.
She homeschooled her daughter, Ashley, who is now enrolled in dual programs at a local community college and working on the release of her second EP.
Lisa travels with Doug as they minister to many around the globe, ranging from those of the persecuted church to those suffering in the aftermath of human tragedy, such as the Haitian earthquake, the tsunami in Japan, and Hurricane Dorian in the Bahamas. Lisa enjoys opportunities where she has been able to interpret for her husband as they minister throughout Central and South America. She and her husband are also regular guests on various television programs that air throughout the world.
Lisa has a heart for the less fortunate, widows, and orphans. She has served on various boards and has traveled to over thirty-four nations.
The Stringers live in the greater Houston area.

Doug continued to listen to whatever the doctor was telling him. I could tell something wasn’t right because Doug’s countenance had changed. It was obvious he was not receiving good news. Whatever it was, at no time did I ever imagine it to be cancer. Doug would not look at me; his eyes were locked in a forward gaze. That alone had my heart beating a tad faster.
I then heard him say, “How bad is it?” Oh, my goodness, was my heart beating right out of my chest! How bad is it? How bad is what? This can’t be bad! I was not expecting bad! Then I heard the heart-wrenching, horrible “c” word come out of my husband’s mouth. He still had his eyes fixed forward. That in itself was painful, not because he wasn’t acknowledging me, but because he was hurting and I knew that if we made eye contact, one or both of us would break down at this point.
We had been on an emotional roller coaster and we were about to take a drop from one of the scariest peaks on one of the worst rides people can experience. I was struggling with everything in me to not allow tears to stream down my face. After all, I was still only hearing one side of the conversation. I recall Doug getting choked up and his voice cracking as he fought back the natural reaction to bad news. He then asked, “What kind of cancer is it?” My heart stopped. I felt like I had been shot and life was moving in slow motion. I could feel every nerve in my body. A deep pain set in…

To celebrate her tour, Lisa is giving away the grand prize of a $20 Starbucks gift card!!
Be sure to comment on the blog stops for nine extra entries into the giveaway! Click the link below to enter.
https://promosimple.com/ps/fc73/god-did-not-do-this-to-me-celebration-tour-giveaway
Posted by Deana at 12:03 AM