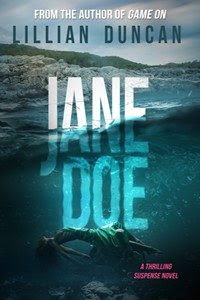 Raven Marks survives a brutal kidnapping but just barely. Along with a broken body, her mind is broken. She wants to put the past behind her, but nightmarish memories won’t let her. . .At first because she doesn’t have them, and then because she does.
Even though her fractured memory can’t recall every detail, she’s haunted by one thought: What if she wasn’t the last victim? Her search for answers leads her to the highest politicians in the land. Each reclaimed memory brings her closer to the truth—and to even more danger.

MY REVIEW
I don’t know why, but I kept thinking about this saying I have heard as I read this book. “Sometimes less is more.” It can mean that having less is more important than having more power, materialistic things or more recognition. I bring this up because the beginning of the book is not only hard to read, but goes into graphic details which could be triggers for some. I find that the author needed to give more details to understand the sheer torture and fear that Raven endured. I found myself seeing her as she crawled on the floor with chains securing her. She was at the point that only death would give her peace. The idea of being kidnapped is hard to even think about. Raven not only was kidnapped but spent months in the hands of a monster  who enjoyed inflicting pain on her.

When she was finally found far away from where she had been held, I think her nightmare began again. The mind does funny things but one thing it does that amazes me is the ability it has to protect us from traumatic and emotional abuse. It blocks out memories and only comes back as God begins to heal that person from the inside out. We have heard that , “God will not give you more than you can handle.” Raven needed God to help her find her way back to Him. He needed to guide her to trust again and open up to people. As her memory started to return she kept secrets from family  and friends. It is sad to think that she was afraid of what people would say about her, so she hid her memory coming back until it became more than she could bare. The faith element is good and I enjoyed reading how others were there to help Raven find out how strong she is.

I did like Hunter and thought he was good for Raven. I didn’t really like how they met because it was a bit obvious where the author was going with their introduction to each other. I’m glad that the story stayed focused on Raven and not if a relationship would develop between the two. There are hints of attraction but Raven was not ready for anything but healing and finding  out who kidnapped her.

The story has some definite twists that will keep readers on their toes. There is no time to get comfortable as the book is fast paced and intriguing. I understand why Raven felt she needed to do a little investigating on her own, but it was  not very smart thinking on her part. After going through what she did, she needed to be able to control her life again and go back to her roots as an investigative reporter.

The ending is well written and even though the author lets us know who the guilty person is halfway through the story, it was more of what the person represented that had a lasting effect on many. Power does something to some that causes them to resort to crimes in order to succeed at their ultimate goal. The author portrays the kidnapper or “monster ” as Raven  calls the person as a calculating, uncaring and deceitful person . The character is one that will not soon be forgotten. It was like reading a scene from a well known crime show. In the end the author succeeds in showing readers how God never leaves us and when we trust Him, He never fails us. 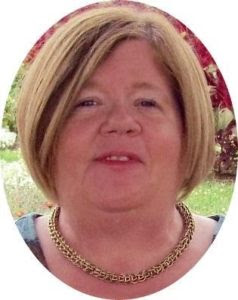 Lillian Duncan… turning faith into fiction.
Lillian lives in a small town in Ohio with her husband. She writes the types of books she loves to read. Even though her books cross genres, they have one thing in common, faith-based stories that demonstrate God’s love—and lots of action. OK, that’s two things.
She was a school speech pathologist for over 30 years but retired in 2012 after being diagnosed with bilateral brain tumors due to Neurofibromatosis Type 2 (NF2), a rare genetic disease.
Whether as an educator, a writer, or a speech pathologist, she believes in the power of words to transform lives, especially God’s Word. To learn more about Lillian and her books, visit:www.lillian–duncan.com.

JANE DOE is my latest novel and it’s a doozy!
What’s the genre you ask? It’s suspense with lots of drama and action…but it also a political thriller…but it also has a lot of mystery components…but there’s the romance element as well… and let’s not forget the spiritual message! No matter what genre you classify it as, it’s one I think you’ll enjoy!
So how did JANE DOE come about?
I’d finished all my edits on a current book and was feeling very uninspired. I had no idea for my next story, so I went on FB and asked people to send me an idea for my next suspense novel. An old high school friend sent me the suggestion to write a story where the main character struggled with memory loss.
Mmmm… but the old amnesia plot has been done and it’s a big no-no that writing experts warn against. I took the challenge and wrote JANE DOE. It’s definitely not your typical amnesia plot, but the main character is haunted by her memories.
First, because she doesn’t have them and then because she does!
Raven Marks survives a brutal kidnapping but just barely. Along with a broken body, her mind is broken. Even though she can’t remember the details of her kidnapping, she’s haunted by the thought that someone else is being victimized by the kidnapper she can’t remember.
Her journey to discover the truth leads her to the highest politicians in the state and then the country. Each reclaimed memory brings her closer to the truth—and to even more danger.
I’m not going to give away the plot, but there’s plenty of twists and turns to keep you reading late into the night!

To celebrate her tour, Lillian is giving away the grand prize of a $25 Amazon Gift Card!!
Be sure to comment on the blog stops for nine extra entries into the giveaway! Click the link below to enter.
https://promosimple.com/ps/fd8f/jane-doe-celebration-tour-giveaway
Posted by Deana at 10:21 PM