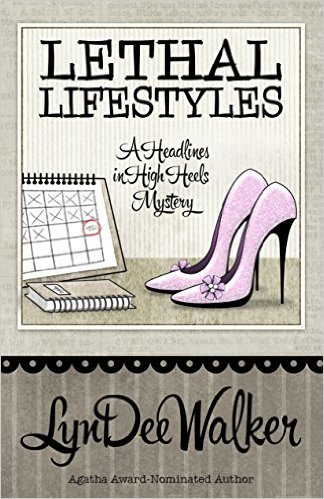 Wedding bells are ringing at the Richmond Telegraph, and maid of honor Nichelle Clarke is determined to give her friends the perfect fairytale beginning to their happily ever after. So when a corpse crashes rehearsal weekend, Nichelle ditches her wedding coordinator shoes for her crime reporter ones, and a little poking around turns up a big problem: the victim and the groom have a history, and it’s not a pretty one.
Evidence against groom Grant Parker piles up, leaving Nichelle wishing a hostile bridesmaid was still her biggest worry as she tries to fend off Richmond’s favorite TV reporter—and her own scheming publisher. At odds with the cops, her beloved editor, and the ticking clock, Nichelle races to uncover the truth and save the day before this perfect wedding turns into a funeral.
Books in the Headlines in High Heels Mystery Series:
•FRONT PAGE FATALITY 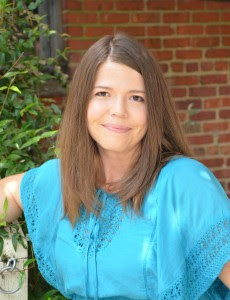 LynDee Walker is the author of the national bestselling Headlines in High Heels mystery series, beginning with the Agatha Award-nominated FRONT PAGE FATALITY

(2013).
The newest book in the series, LETHAL LIFESTYLES

, will be published on September 27, 2016.
Before she started writing mysteries, LynDee was an award-winning journalist. Her work has appeared in newspapers and magazines across the U.S.
She adores her family, her readers, and enchiladas. She often works out tricky plot points while walking off the enchiladas. She lives in Richmond, Virginia, where she is either playing with her children, working on her next novel, or admiring beautiful shoes she can’t wear.
Author Links
Webpage – www.lyndeewalker.com
Facebook – www.facebook.com/lyndeewalkerbooks
Henery Press – http://henerypress.com/lethal-lifestyles/
Twitter @LynDeeWalker
Purchase Links:
Amazon – B&N –KOBO

The evening is perfect and the guests are having a great time. Well who wouldn't be having a great time at a wedding rehearsal located at the beautiful Calais Winery  in Virginia's Shenandoah Valley. What a picturesque place to hold a wedding. Nichelle has made sure that everything is perfect for her friends wedding.  She has been running herself ragged between her job as a crime reporter  and maid of honor duties. She has checked off every minute detail and is basking  in the calm setting and happy faces. But alas, that happy feeling is about to end when a body is discovered on the premises.

I loved the description about the winery and the details about how wine is processed. I felt like I was there sipping the wine with the guests by the vibrant ways the author brought readers to the scene with perfection . Now that a body has been discovered, it could put a damper on the whole wedding thing. Nichelle is off and running trying to salvage the rehearsal dinner while trying to distract the guests from finding out there is a dead body as an uninvited guest. What will the bride and groom do when they find out? Who will be accused of the murder?

The story is riveting and has wonderful characters throughout the book. Nichelle is smart, funny and a crackerjack at solving mysteries. When the dead person's name is revealed, it will cause chaos and finger pointing. There is a long list of suspects and Nichelle is determined to make the wedding go on without a hitch. Good luck with that Nichelle. The author does an amazing job of making readers stay on the edge of their seat in this explosive mystery. I thought for  sure I knew who the killer was, but the ending sure proved me wrong. It is a masterfully written whodunit with twists that surprised me.

Get ready for a book that you won't be able to put down.  Even though this is the sixth in the series, you don't need to start with the first book to understand what is going on. I recommend you go back and read the other books in this series because the writing style is edgy and unforgettable.

"Just when I think I know where this train is going, we change tracks."

I received a copy of this book from The Great Escapes Book Tours for an honest review. 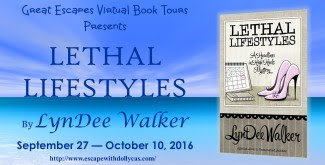 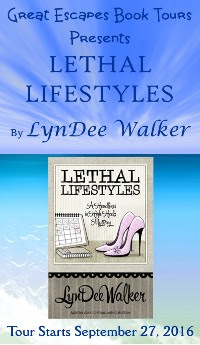