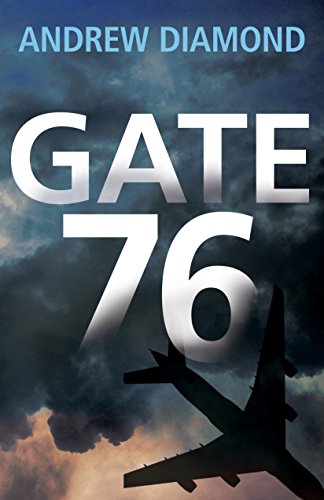 This is a fast pace book with twists that keep readers on the edge of their seat. It had the feel of a cross between Perry Mason and Dragnet. Freddy is a good character and I like his profession as a private detective. Can you imagine that your job is snooping into other peoples lives? People have secrets and Freddy is the person to uncover the truth. What would you do if you saw a woman being forced onto a flight? Freddy dismisses what he saw until he hears unsettling news. Remember the woman he saw being shoved on a plane? Looks like the plane didn't make its destination.

Why would a plane explode? Was there someone on there who did it or was someone on the plane the target? Freddy takes on the investigation into the plane's demise and is thrust into danger, secrets and corruption far beyond what Freddy expected. The story is intense and I loved the mystery that seemed to explode as the story continued. It's a good story that kept me glued to the book and I loved finding out more about the mysterious woman. If you like a good mystery with well developed characters, this book is for you.

I received a copy of this book from Good Reads Giveaway. The review is my own opinion.
Posted by Deana at 9:00 PM