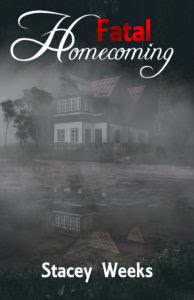 It was murder. She was sure. And that assurance could cost her life.
Undercover RCMP officer Rick Chandler poses as a detective in the small town of Chenaniah River. He is investigating the possibility of a corrupt police force when Jessie returns to bury her brother, and she refuses to believe evidence that point to her deceased brother’s involvement in drug trafficking. Soon, the same person that murdered her brother targets her. Can Rick help Jessie dodge bullets, escape fires, and exonerate her brother before the attacks escalate?

Jessie Berns has returned to her hometown to find answers about her brother’s suspicious death. With the help of an old friend, Detective Rick Chandler, they pursue a truth that someone is willing to do anything to keep hidden—even kill again. They uncover decades-old secrets that expose hidden sins and threaten the lifestyles of high-powered people in their small town.
As they close in on the devious mastermind manipulating the community, it becomes frighteningly clear to Rick that Jessie is not the one calling the shots in her amateur investigation. She is the killer’s new target. 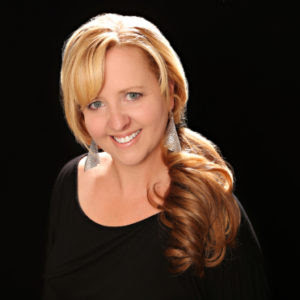 Stacey Weeks: My primary ministry in life crowds around my dining room table like a ravenous herd every night. My husband and children are both my greatest blessing and greatest ministry opportunity. Caring for them is a privilege bestowed upon me as wife and mother.
I believe God simultaneously called Kevin and me into ministry. Kevin’s calling was clear – he is a pastor. I, on the other hand, took years to recognize the specific areas in which I was equipped and called serve. I believe that God has called me to meet Kevin’s needs, to meet the needs of our children, and to serve Him personally.

A Pile of Stones
Often, the things I am studying in the bible make their way into my novels. At the time of writing Fatal Homecoming, I was reading the book of Joshua.
In Joshua chapter four, Joshua describes the pile of stones the Israelites built as a memorial to God. Those stones were evidence of the Lord’s provision for them. The monument was a reminder to future generations that God had delivered his people.
In Fatal Homecoming, Jessie needs to remember God’s provision. She wears a unique pendant passed down through the women of her family. Her necklace is comprised of river stones that represent the rocks from Joshua. They are to remind that God always meets His children in their moment of need. Shortly after writing this necklace into Fatal Homecoming crisis struck a good friend of mine. As our church gathered around a suffering family to love and support them in their time of need, I decided to make a real pendant of stones to give to my friend to remind her and to remind me that God meets every need in His time and in His way.
The pendant of stones can be strung on a necklace or keychain. It is more than words on paper and more than a pile of rocks strung on a string. It was a reference point. They mark where God gave me a story to share so that others may know and believe.
If you are the lucky winner of this pendant of stones, I pray that every time you look at it, touch it, and feel the weight of it around your neck that you will remember to believe that your God is good. Always.

This is one action packed book that never stops till the end. As you begin reading the story, the intrigue starts. Jessie comes home after finding out her brother has died. She is not excited to be back in the town where her family was once disgraced. Jessie just wants to bury her brother and leave as soon as she can. Little does she know that someone is out to harm her. I couldn't believe how many times her life was in danger. The hospital became a revolving door for her and she knows she needs to find out who wants her dead.

Rick begins to help Jessie unravel the mystery that surrounded her brother's death and finds himself becoming Jessie's bodyguard. There is a strong trust issue in the story and I wasn't quite sure who to believe. Jessie starts to have doubts that even Rick can be trusted which does cause conflict between them. When rumors start that Jessie's brother was involved in drug trafficking, she is determined to find answers.

I really enjoyed this fast pace story and how the twists in the story made me want to read faster.  The author does a great job of keeping readers on the edge of their seat. There is a lot of danger throughout the story which heightened the intrigue. Who is behind all the attempts on Jessie's life? Can Jessie prove that her family was wrongfully accused of stealing money?   The story has so many lessons such as pride, deception and most of all trusting God. 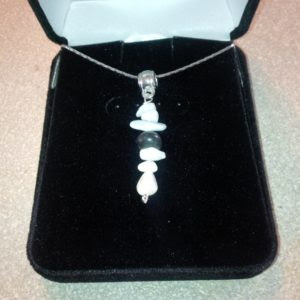 To celebrate her tour, Stacey is giving away a grand prize of a beautiful handmade necklace (May vary from picture)!!
Be sure to enter the giveaway for nine extra entries into the giveaway! Click the link below to enter. https://promosimple.com/ps/da8a/fatal-homecoming-celebration-tour-giveaway
Posted by Deana at 2:01 AM