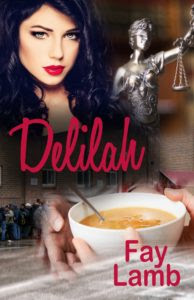 Book: Delilah
Author: Fay Lamb
Genre: Contemporary Romance
Release Date: September, 2018
They’ve sparred for years, but now they’re both headed for a knockout.
Newly elected judge, John M. Turner, tries his best to soothe the hard feelings of former Circuit Judge Delilah James, the woman he bested in the election by only a narrow margin, but his friend’s and her haughty reputation are making it difficult for him to let things slide. Worse yet, a vengeful assistant state attorney, the other candidate whose entry in the race actually handed the win to John, is seeking to have them both removed from the Florida Bar.
Delilah wants to make amends to John, but every time she attempts to apologize or to behave in court, she makes a mess of it. Since leaving the bench, life has become complicated: John’s teenager sister hates her, Libby Carter, has been arrested for battery on a police officer and embroiled her in the plight of the homeless, her past has returned to haunt her, and if that’s not enough, she’s fallen into the one experience in life she never thought would happen to her. John finally offers to make peace, but Delilah’s not ready for that.
Calling a truce with the man you love? What’s the fun in that?
Click here to purchase your copy. 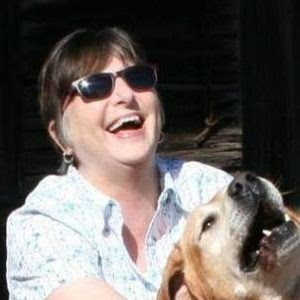 Fay Lamb is an author, an editor, and a teacher. She also loves to teach workshops for fiction writers and has recently shared Bible truths on Preach the Word Network TV.
Fay has contracted three series with her publisher, Write Integrity Press. The Amazing Grace romantic suspense series is complete with four books beginning with STALKING WILLOW. Her Ties that Bind romance series is complete with this book, the fourth, and begins with CHARISSE. And with her current release, DELILAH, her fourth heroine, greatly loved by readers, gets her chance to shine. Her newest epic series, Serenity Key, with elements of romance, mystery, and suspense, began with STORMS IN SERENITY. Fay has an adventurous spirit, which has also taken her into the arena of non-fiction with The Art of Characterization: How to Use the Elements of Storytelling to Connect Readers to an Unforgettable Cast.
Fay loves to meet readers, and you can find her on her personal Facebook page, her Facebook Author page, and at The Tactical Editor on Facebook and on Goodreads. She’s also active on Twitter. Then there are her blogs: On the Ledge, Inner Source, and the Tactical Editor.

When Delilah came on the scene as the ruthless antagonist for Charisse in the first book of the Why Delilah?
by Fay Lamb
When Delilah came on the scene as the ruthless antagonist for Charisse in the first book of the Ties that Bind series, a reader wrote to me before finishing the story and said, “I hope Delilah gets hers.” I replied that she definitely did, but it would not be in the way that she thought. Since the release of Charisse, I heard from many readers who fell in love with Delilah, this delightfully fiendish character who changed in some ways from story to story but never truly lost her brash personality that made her who she is.
I never meant to give Dee her own story, but like many of the characters I write, I find that those that I consider truly secondary are the ones that seem to capture the imagination of the readers. I have a character in a little-known book that I wrote in 1999 that my readers still ask me about today, and characters in a writing tutorial that I used as examples have an adoring audience. The same was true of Delilah. When I sent the synopses in for Charisse, Libby, and Hope, the stories which at that time, encompassed the series, the publisher indicated I could have the contract on one condition: if Delilah got a story of her own. Who was I to argue?
As I completed the other two novels in the series and five other novels in different series for the same publisher, I worked on Delilah in my mind. She wouldn’t let me alone, and she never ceased to amaze me with her story. When she told me her background, I laughed aloud. When she learned her connection to one of the other gals in the series, I cried and rejoiced with her. Delilah truly had me on a roller coaster ride of emotions, and I couldn’t wait to sit down and tell her unique tale set against the backdrop of Central Florida’s homelessness and our wonderful natural resources. It is truly my hope that you’ll come along for the ride.

I really enjoy reading books from this author. She always delivers a story that readers can relate to and the characters jump off the page. Delilah is a woman who I was able to relate to because her childhood was very similar to mine. She has tried to keep her past hidden, but little by little it starts to resurface. Her grandmother was a horrid person who should never have had a child in her care. It was sad to read that Delilah always thought her mother was going to come back but instead Delilah suffered abuse that she will never forget.  Forgiving her grandmother is something Delilah has not been able to do yet and at some point she will have to deal with it.

Delilah is well respected in town having served as a judge and now is an attorney. It was refreshing to know that she was a Christian and her heart went out to the homeless. When she visits them with a group from church, I could feel her heart break for them and her compassion was so nice to see.  She has her hands full with her work and church but her life is starting to get complicated as her past starts to catch up with her. I liked how the author talked about the homeless and how important it is for us to reach out to them.

John is a wonderful character and the new elected judge. I loved the bickering that goes on between him and Delilah.  It is really all in fun , but I wonder if a relationship will develop between them.The addition of his sister, Cherri moving in with him will cause him to face many challenges. Cherri has a big chip on her shoulder and tries to act so tough. Under that tough exterior is a young girl who wants to feel loved and wanted. That sure does sound like someone else in the story, doesn't it?

The story is not only about the court system but of a young woman who has desired  all her life to know that she was wanted as a child. The author captures the emotions of hurt, anger, bitterness and rejection with deep emotions that can cause someone to fall to their knees.  There are several surprises in the story that I was not prepared for. I cried when I read about several characters finding Jesus. The author always delivers a powerful story and this one especially touched me. I know what its like to not be wanted by your parents. I also know what it's like to be abused and feel worthless. The hardest thing for me  has always been forgiving those who hurt me. This story has opened my eyes to how free I could be if I am able to forgive like several characters did. I have always said  that I would never change a thing about my past, because it has made me stronger and who I am today. I leave you with this quote from this book that will live in my heart forever.

" God gave me a heritage that has made me who I am today. I can't and I would never change that heritage. I've come to realize nothing in my life was chance."

I received a copy of this book from Celebrate Lit. The review is  my own opinion.

To celebrate her tour, Fay is giving away a grand prize of a Kindle Fire 8 HD!!
Be sure to comment on the blog stops for nine extra entries into the giveaway! Click the link below to enter. https://promosimple.com/ps/dfeb/delilah-celebration-tour-giveaway
Posted by Deana at 2:44 AM