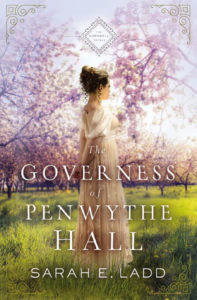 Book: The Governess of Penwythe Hall
Author: Sarah Ladd
Genre: Historical Romance
Release Date: April 16, 2019
In the first of a new series from beloved Regency romance author, Sarah Ladd, Delia, a governess to five recently orphaned children, would risk anything to protect them . . . even her heart.
Cornwall was in her blood, and Delia feared she’d never escape its hold.
Cornwall, England, 1811
Blamed for her husband’s death, Cordelia Greythorne fled Cornwall and accepted a governess position to begin a new life. Years later her employer’s unexpected death and his last request to watch over his five children force her to reevaluate. She can’t abandon the children now that they’ve lost both parents, but their new guardian lives at the timeworn Penwythe Hall . . . back on the Cornish coast she tries desperately to forget.
Jac Trethewey is determined to revive Penwythe Hall’s once-flourishing apple orchards, and he’ll stop at nothing to see his struggling estate profitable again. He hasn’t heard from his brother in years, so when his nieces, nephews, and their governess arrive unannounced at Penwythe Hall, he battles both grief of this brother’s death and bewilderment over this sudden responsibility. Jac’s priorities shift as the children take up residence in the ancient halls, but their secretive governess—and the mystery shrouding her past—proves to be a disruption to his carefully laid plans.
Rich with family secrets, lingering danger, and the captivating allure of new love, this first book in the Cornwall Novels series introduces us to the Twethewey family and their search for peace, justice, and love on the Cornish coast. 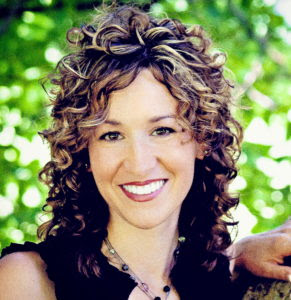 Sarah E. Ladd received the 2011 Genesis Award in historical romance for The Heiress of Winterwood. She is a graduate of Ball State University and has more than ten years of marketing experience. Sarah lives in Indiana with her amazing family and spunky golden retriever. Visit her online at SarahLadd.com; Facebook: SarahLaddAuthor; Twitter: @SarahLaddAuthor.

More About The Governess of Penwythe Hall

5 things to know about Cornwall, England:

Imagine yourself in The Governess of Penwythe Hall with these pictures of 19thCentury life in Cornwall
https://www.theguardian.com/uk-news/gallery/2016/may/19/everyday-life-in-cornwall-captured-in-the-19th-century-in-pictures

This book was one I found very intriguing from the beautiful landscapes to the danger and greed that brought a family pain and sorrow. It is not everyday that you meet a person who is as elegant and compassionate  as Cordelia . She leaves her home after a tragic loss and amid rumors and finds a place that she will fit into. I loved how the children took to her and how at peace she seemed once she was at Penwythe Hall. The children are captivating and long for someone to want them. We can't overlook the heartbreak they have gone through. I think the connection Cordelia had with the children was one of longing to be accepted and loved.  Her love for the children is evident as she protects them and surrounds them with love.

Jac has taken on a big responsibility when he finds himself the caretaker of his brother's children and along with them their governess. I could just imagine the look on his face as they marched into his rather quiet place. He is already concerned about his apple orchard  and now he has little children running around and a woman he knows very little about. It was interesting to see him gradually start to become attached to the children, because he didn't seem like the type who wanted children around. He is a bit unsure of Cordelia and wonders if she can be trusted.

The story is surrounded by rumors of Cordelia's past and how worried she is  if Jac believes them. I loved the secrets, danger and how hard it was to know who to trust. There are several surprises in the story that give it a twist. The author does a great job of keeping the suspense at a nice level and how easy it is to fall prey to well meaning people.  The ending is action packed and well worth waiting for. The book is a great start to a new series and I look forward to the next installment in an enchanting series that grabs your attention right away.

To celebrate her tour, Sarah is giving away a grand prize of a finished paperback copy of The Governess of Penwythe  Hall!!
Be sure to comment on the blog stops for nine extra entries into the giveaway! Click the link below to enter. https://promosimple.com/ps/de80/the-governess-of-penwythe-hall-celebration-tour-giveaway
Posted by Deana at 2:15 AM