Celebrate Lit is excited to partner with Enclave Publishing to feature 13 of their authors in a fun scavenger hunt. Stop by each of the blog stops to check out the author interview and to collect their special word.  Once you have collected each word, put all the words together into a sentence to enter into the giveaway for additional entries.
Most of all have fun learning about new authors and their books!

Enclave is the premier publisher of Christian speculative fiction. Whether it’s Christian science fiction you love, or fantasy, time travel, steampunk, alternate history, spiritual warfare, superhero, or technothriller—if it’s speculative and it comes from the Christian worldview, Enclave is the place to go. Enclave strives to get Christian speculative fiction directly into the hands of the fans who love and devour great stories.
An enclave is a group of like-minded people in a place where they are surrounded by those who are not like-minded. It is not a place to hide, instead Enclave is a place where authors and fans of Christian Fantasy and Christian Science Fiction can come together and then go out and make a difference through worlds of words. Our stories can seem strange but underneath they contain powerful expressions of Redemption, Truth, and Hope. 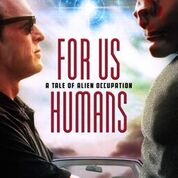 Caz Fortel is a great liar. In fact, he's a professional.

It's his job to lie to people who steal works of art, and to get the goods back. But when Caz gets the big call from the FBI—a million bucks to recover a stolen statue of significant cultural value—it comes with a downside. His assigned partner has more of an interest in Jesus than Caz is comfortable with. Oh, and he’s an alien with four arms and a tremendous sense of smell.

When aliens showed up fifteen years ago, Earth cut a deal to join the Panstellar Consociation as a protectorate, allowing their new neighbors to set up a warp tunnel in orbit, in exchange for advanced tech secrets. Now Caz is caught up in the retrieval of their missing statue, and they want the mission kept quiet.

Or Earth could be in very, very big trouble. Steve Rzasa is the author of several novels of science-fiction, steampunk, and fantasy—with a bunch more in progress. His third novel, Broken Sight, received the 2012 Award for Speculative Fiction from the American Christian Fiction Writers. The Word Reclaimed was a finalist for that award. The Word Endangered and Man Behind the Wheel were also finalists for the Realm Award. He’s been a journalist and librarian, father and husband. www.steverzasa.com
https://amzn.to/2KKwknY