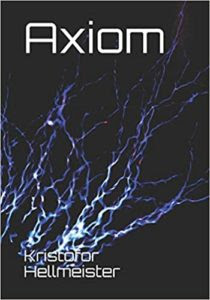 Death and violence do not exist in Axiom. There is no strife, no war, no suffering. There is no hunger, no sadness, and no pain. Axiom is a place of perfection. But, at what cost? In Axiom, mankind has willingly submitted itself to one man–the Lord Protector–who controls the destiny of every human being. Emotions have become outlawed. Relationships are forbidden. Any sign of the Disease is treated with hostility. Under the eternal guidance of the Lord Protector, mankind no longer knows what it means to be human. But, stirring within the hearts and minds of a few individuals is a reality which cannot be ignored. It is this reality which will cause the spark of rebellion to be born.

This was hard for me to get into. I had trouble following the characters and what  was going on at times. I do appreciate the author’s imagination in making a world that was suppose to be utter peace and all needs met. What disturbed me was the control that was over the people in this world. I would never want to live in a place where my thoughts, movements and emotions were being controlled. I think back on history where there were leaders who strived for that perfect world.

Using numbers to identify people made me think of people in prison. They lose their identity and become known as a random number. I tried to keep up with the characters but I had to keep rereading  paragraphs in order to understand the story. I do have to say that the author gave me lots to ponder about and stretched my mind to accept a world that was very active with surprises.  People were treated like slaves and if they became ill, nothing was done to help them. What if this place existed? How would we react to some of the conditions in this future world?

The book is rather long and at times was a slow read. If it had been shortened and certain things left out, the book would have kept my attention more. I always want to be fair in my reviews. I think the author did a good job of giving readers who like this genre a story that explores the what if’s. The ending  leaves me with questions that I  hope the author will answer in another book. 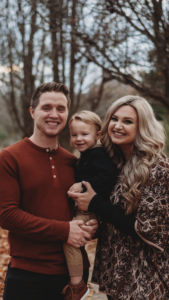 Kristofor Hellmeister is an alien—a legal alien born in Canada who has lived in Georgia since he was a young boy. Presently, he lives just outside of Atlanta with his wife, Kristie, and his three-year-old son, Maddox. Kristofor has always pursued writing, ever since he was in first grade writing about dinosaurs, tornadoes, and man-eating plants. He published his first book—a historical fiction called Brothers of Baseball—in 2017. Axiom is his first foray into science fiction and is the first book in the Axiom Chronicles. Kristofor enjoys reading anything from military fiction, to the newest Star Wars or Halo book, to fantasy and spy novels. He also enjoys spending time outdoors whether it is running a 5k, taming his wild backyard, or going on an adventure with his family. The core theme for all of his stories is that of redemption, for he believes this is reflected all around us and throughout history.

The source of this novel comes from multiple experiences. I remember sitting in a church in downtown Atlanta at an event called TheoEd Talks. It was a theological discussion by leaders of the religious community that was designed much like a Ted Talk. I remember listening to a gentleman, I don’t recall his name, who was elaborating on a tension he was trying to navigate. At the time, there were riots and demonstrations were occurring in cities across the United States due to racial unrest. The man was a pastor and was asking the question, “What should I do?” I remember him elaborating on how he was not an activist, he was not a civil leader, he was not a politician, and yet he still had a role in the job he did best—pastoring. His challenge to us—do what you are passionate about and let this become your source of aid to the world’s problems. At the time, I was struggling with mental health, cynicism, and a gnawing sense of despair. I used these elements to create a novel which addresses a world in which culture is leaving behind Enlightenment thinking and embracing emotionalism. Axiom frames these cultural changes through the eyes of characters who are flawed but passionate in their desires. Entwined with my faith, I hope to have created a story that draws readers into a world where rationalism, emotionalism, and spirituality all must be embraced in order for us to be truly human.

For Him and My Family, November 7

Because I said so — and other adventures in Parenting, November 13

To celebrate his tour, Kristofer is giving away the grand prize package of a $25 Amazon Gift Card and an audiobook version of the book!!