WELCOME TO REVIEW PROMO BLAST FOR THE DANCE OF SHADOWS by 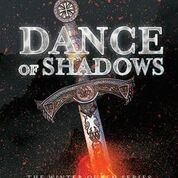 The Winter Queen has brought the storm …
and the Abyss roams the halls of the Blood Keep.

Ten days have passed since Sundragon blood was shed for a sacrifice by Raphaela Kael. Ten days since Lathan and Maxx Jandry fled the city in search of Princess Damari Kael and their niece, Noelle. Brecken Jandry, Brae’s loyal husband, remains a tortured prisoner in the Kael dungeons and no one in Sunkai is safe from Roderick and Raphaela’s wrath.

Damari Kael flees Sunkai with little Noelle Jandry, determined to deliver the child to the safety of the Shadow Lands, even as her own power emerges within her. The Eventide Sisters embark on a mission to join the Winter Queen. Across the land, Clea Jandry arrives in her birthplace of Molderëin where she is met with a savagery she thought long dead. Afra Malaki seeks the Creator’s will and the Queen of the Woodlands prepares for battle.

In the peaceful city of Quintaria, the Winter Queen grieves. But the shadows are coming for her. They carry a message for Adlae Sundragon, and they will not rest until all is revealed. 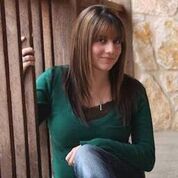 From as far back as she can remember, Erica Marie Hogan loved to write. When she was a little girl she adored make believe, but gradually her imagination became too big to restrict it to playtime and so, she wrote.

Erica was born and raised for nine years on Orient Point, Long Island, New York. She then moved with her family to Virginia and, finally, to Texas where she now lives. She lives to plot new stories, enjoys a good tear-jerker, and chocolate is her cure for any ailment. Once a month Erica publishes a post on her blog, By the Book: Diary of a Bookaholic, where she shares her experiences with writing and book reviews. She is represented by Jim Hart of Hartline Literary Agency.

Along with the first two books of The Winter Queen Series, Erica’s World War I standalone novel, The Lost Generation, is also available now from Elk Lake Publishing, Inc.

This book is filled with adventure and characters that the author has created which jump off the pages. I will say at first I had a hard time keeping up because there is an abundance of characters. I did like how the characters became mingled in each others lives and the fantasy element in the book is incredible. What I like about reading books that are not in my usual genre is I get to stretch myself and find interesting stories.

The shadows were eerie and I wondered what would happen when they enveloped someone. The senseless murder of one of the characters sets the stage for revenge. I found it intriguing when one of the characters said they would never forgive the person responsible for killing the love of his life. As hard as it is, we all need to forgive and I couldn't wait to see how this character would deal with his bitterness.

The action is relentless and I loved following everyone as they were determined to finish their mission.  The author has a unique way of putting biblical principals in the story. The book follows a premise of dark versus light or as many would say good versus evil. There is a battle brewing and I began to wonder who would survive. I have to say I did like Clea for her bravery and how she stood up against the enemy.

The book is well written and for fantasy fans, it will be a book you won't be disappointed in. I imagined how it would look if it was made into a  movie and thought how majestic the characters would be . The shadows are vicious and won't stop until they seek out the person they want to destroy. After reading the book, I am a fan of the author and really want to read the next in the series. 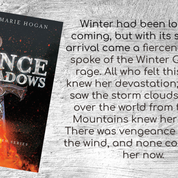