Looking for something to buy with your Amazon Gift Cards?
Featured on my blog today is Love at Christmas by Anne Greene


A CHRISTMAS BELLE Amanda Jeffrey, mail-order bride, arrives in the Wild West expecting to wed a cowboy. Frank Calloway, Sheriff of Angel Vale needs a mother for the baby left on his doorstep. But can the delicate Southern belle with the disappointed expression accept a Southern man, rather than a cowboy, after another Southern groom jilted her at the altar? And is the delicate southern belle strong enough to handle life in the rugged western boom town?A WILLIAMSBURG CHRISTMAS1955 -Trent jilted Holly. Has too much time Elapsed for this romance to rekindle? Holly’s a widowed mother raising 8-year-old twin boys by working as a waitress in a famous ColonialWilliamsburg Inn. Trent disappeared from her life ten years ago. Now he’s back and wants to marry her. Santa’s matchmakers complicate Holly’s decision by bringing new men into her life. AVOIDING THE MISTLETOE 1865 -Olivia Rose Baker abandons her dying hometown in Massachusetts to become a mail-order bride in male-dominated Seattle, Washington. Her abusive husband died in the Civil War and left Olivia wary of marriage, so she hopes to take a teaching position rather than become a bride.But Stark Macaulay, former Confederate soldier and now Sheriff of Seattle, purchased her ticket and insists she fulfil her contract and marry. Stark is smitten with Olivia. Unlike all the rich men in Seattle, he has nothing to offer Olivia but his love. But Olivia hates anything to do with the Confederacy. Fighting demons of his own, Sheriff Stark sees a second chance for love. This widower vows to win the widow or die trying…and almost does. THE CHOICEFelicity’s father dies, leaving her stranded at Ft. Laramie, Wyoming, one-third the way to homestead 640 acres in the Oregon Territory. She has money and supplies to continue her journey, but a woman alone cannot claim the free land. So, she advertises for a husband. Ben’s got massive debt and Gold Rush fever and heads to California. But in Ft. Laramie he’s robbed of everything he owns, including his horse. His only recourse seems to strike a bargain with Felicity. At the fork in the trail, will he trek to Oregon to help her homestead or will she accompany him to dig for gold in California? Can these two stubborn people with very different goals make the right choice? 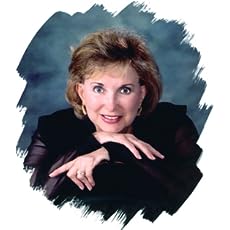 Anne Greene delights in writing about wounded heroes and gutsy heroines. She writes both historical and suspense novels. Anne graduated from the University of Texas, Dallas, cum laude, with a degree in Literary Studies. She's freshly back from Seoul, Korea with her very recently retired Army Special Forces Colonel husband. Anne loves to travel and has visited twenty-nine countries, including three communist ones. Anne set a few of her books in exotic locations such as the American Virgin Islands and Istanbul, Turkey. A visit to the Scottish Highlands and Lowlands resulted in her book, MASQUERADE MARRIAGE. Her book A TEXAS CHRISTMAS MYSTERY is set in Anne's home town.Looke for her newest release from B & H Publishing, ANGEL WITH STEEL WINGS coming soon. Anne's love of sailing, horseback riding, history and art, as well as her Plano Police Academy training and her military life, often show up in her books. Anne's highest hope is that her stories transport the reader to awesome new worlds and touch their hearts. To learn more of Anne and to view her art as well as pictures from her extensive travel, visit her at AnneGreeneAuthor.com. Order her books and see reviews on Amazon.