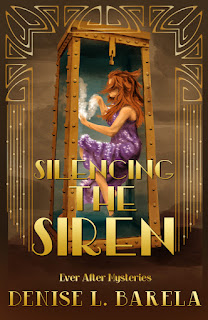 Book: Silencing the Siren
Author: Denise L. Barela
Genre: Christian Historical Mystery, Fairytale
Release date: January 4, 2022
Andrew Grayson thought he had everything… until he met her.
The indulged son of wealthy parents, Andrew has always gotten whatever he wanted almost before he knew he wanted it—clothes, gadgets… even a car!
What more could a young man desire?
Enter Annabel Thompson. Freakshow mermaid extraordinaire… in a wheelchair!
Of course, her beauty attracts him. How could it not? Add to that a kind heart, and Andrew can’t help but fall for her.
Annabel’s connection with the freakshow repels his parents and their society friends. They want him to sever all ties with her and his new friends. Oh, and marry the “right” girl with the “right connections.” But he won’t do it. He’ll defy them and marry his little mermaid.
When Annabel turns up missing, declared dead, things don’t add up, Andrew
begins asking some difficult questions, the most important being, “What
happened to the little mermaid of the Coney Island freak show?”
Find out in this next book in the Ever After Mysteries, combining beloved fairy
tales and mysteries. Silencing the Siren offers a retelling of “The Little
Mermaid” that will keep you gripped to the edge of your seat as you watch the
story unfold.

As time went on, he began to notice the lack of loyalty in those he had deemed his friends.

This left a gaping hole in his heart. Was it so wrong to want friends that liked him for who he was

rather than what he could buy them?

The corners of his mouth turned down, and Andrew turned back around to face the subway.

His kept a brisk pace to avoiding being late, but he also didn’t want to ruin his image by running all

the way to the platform. That wouldn’t be very becoming of a gentleman.

He slipped himself into an empty seat at the back of the subway and removed his hat. He set

the object on lap before taking in his surroundings. All around him were people his parents always

warned him against associating with. However, Andrew was never one to give much care to the rules

his parents established. It wasn’t that he meant to be rebellious, well, maybe he did, but it wasn’t that

difficult to do given the number of rules set in place. He could breathe wrong, and they’d be right

there to correct him on how to properly breathe. It’s a wonder he hasn’t suffocated yet. 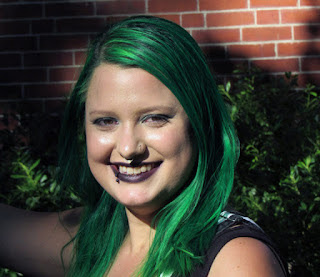 Denise Barela’s passion for fiction, her faith, and general creativity define her life. In all things, she strives to glorify God, though especially in and through her writing. She has spent the past six years working for a publicity company and five years working as the head editor for a publishing company. With an MFA in Creative Writing and a Professional Writing certificate, Denise enjoys using her education and work experiences to help authors achieve their own writing dreams. When she’s not working away at her desk, you might find her reading a good book or following Alice down the rabbit hole…