A Killer Closet
by Paula Paul 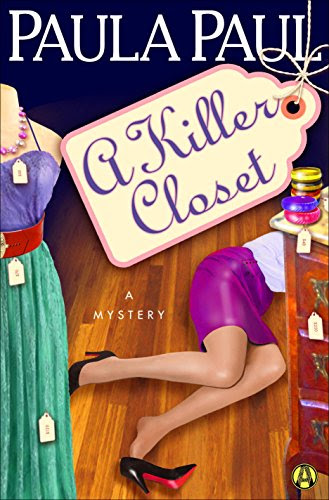 A Killer Closet: A Mystery

In a fashionably cozy short mystery novel, Paula Paul introduces a tenacious heroine who leaves big-city life behind and returns to picturesque Santa Fe, New Mexico—where murder lands on her doorstep.
Irene Seligman loves the warmth and beauty of her Southwest hometown, but only one thing could make her quit her prestigious job as an assistant district attorney in Manhattan to return there: the guilt applied by her demanding mother, Adelle. After Adelle’s most recent husband dies, leaving her with nothing, Irene decides to take a break from prosecuting criminals to move back to Santa Fe and open an upscale consignment store. With Irene’s determination and her mother’s eye for haute couture, they’re sure to make a killing.
But on the day of the grand opening, Irene discovers the body of one of Adelle’s friends in her storeroom. And although the intrigue causes business to boom, when someone else from Adelle’s social circle is murdered, Irene begins to suspect her mother might be in danger too. Ever the protective daughter, Irene investigates her mother’s friends, suspicious that they’re hiding more than designer clothes in their closets. But as she gets closer to uncovering some real skeletons, Irene might not live to regret coming home again. 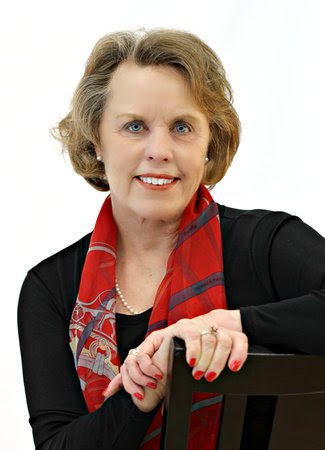 Award-winning novelist Paula Paul was born on her grandparents’ cotton farm near Shallowater, Texas, and graduated from a country high school near Maple, Texas. She earned a BA in journalism and has worked as a reporter for newspapers in both Texas and New Mexico. She’s been the recipient of state and national awards for her work as a journalist as well as a novelist. She’s the author of many mysteries, including the Alexandra Gladstone series and the Mystery by Design series, which she wrote as Paula Carter. She lives in Albuquerque, New Mexico.
Author Link:
Webpage – http://www.paulapaul.net/
Purchase Links:
Amazon – B&N

Irene seems to have a good life. She is an assistant  district attorney in  Manhattan. . She has her own apartment and seems to be content .  I loved her spunk and strong personality. Yes, Irene is feeling good and loving her life. What could possibly mess it up? Could it be the phone call from her mother?   That little phone will change Irene's life forever.

In a blink of an eye, Irene is moving to Santa Fe to take care of her seventy year old mother. I did think it was quick for Irene to give up everything she worked hard for, but what do you do when your mother needs you? I think my favorite character was Adelle. Adelle is Irene's feisty and mean spirited mom. She says it like it is and is very stubborn. She is a woman who knows what she wants and is not shy about hurting any ones  feelings. Irene  and Adelle have a very strained relationship and I loved their banter between each other. The author did a great job of making Adelle a woman you hate and love at the same time.

To make money Irene opens a consignment shop which Adelle thinks is ridiculous. The adventure really starts when Irene discovers a dead body in the closet at the shop on opening day.  How did the body get there? What connection does she have to Adelle? There were lots of characters that I suspected as more tragedies keep happening. Irene was impressive with her investigation and I thought the author wrote a story that was filled with deceit, secrets, and a great adventure that kept me interested in reading till the end.

The author really kicks the story in gear as the motive for murder starts being revealed and leads to a heart pounding ending. There were times when the language was a bit rough for my taste though. Overall I enjoyed the story and thought the author gave readers a good mystery with lots of action. I did appreciate the description the author gave of Santa  Fe and made it easy to picture the mountains and beautiful scenery .