The story is unique and entertaining. I was completely engaged from the very beginning.
~Sapphyria’s Book Reviews
I loved the protagonist, Cass. She and her friends were very well developed, and felt like a group of people I’d like to get to know.
~The Book’s the Thing
Death at First Sight by Lena Gregory is a fun new series with a fresh cast of characters and a page turner story.
~Shelley’s Book Case
This was a really wonderfully written cozy mystery.
~Books, Dreams, Life
This was a fun start to a new series. I love that is has a touch of paranormal/psychic in it…
~A. Holland Reads
The book starts off on a fast pace, and is a quick page turner. Readers will love the charm, wit, and feelings that these characters show.
~Bibliophile Reviews 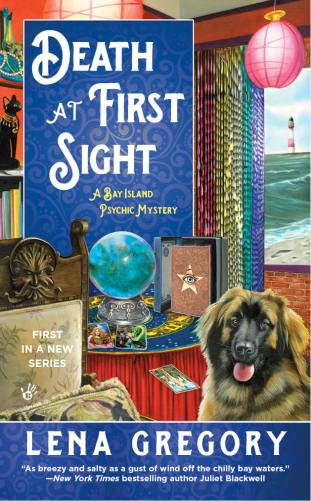 FIRST IN A VISIONARY NEW MYSTERY SERIES.
It doesn’t take a crystal ball to see that something’s not right on Bay Island…
Since she left her psychiatric practice in New York City to open up a psychic shop in her hometown on Bay Island, Cass Donovan has given her fair share of readings to conflicted customers. But what she sees in Ellie Callahan’s future doesn’t bode well.
When Ellie’s mother, Marge, publicly confronts Cass about the reading, the embarrassment makes her want to curl up and die. And when she later stumbles across Marge’s body—and is a suspect in her murder—Cass is suddenly the star of Bay Island’s rumor mill.
Cass is determined to prove her innocence and save Ellie from meeting the fate in her unfortunate vision. But even with the help of her friends Bee and Stephanie, Cass will have to channel some serious sleuthing instincts to find the real killer… 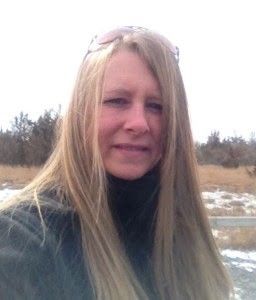 About The Author
Lena lives in a small town on the south shore of eastern Long Island with her husband and three children.
When she was growing up, she spent many lazy afternoons on the beach, in the yard, anywhere she could find to curl up with a good book. She loves reading as much now as she did then, but she now enjoys the added pleasure of creating her own stories.
Author Links:
Website: http://www.lenagregory.com/
Facebook:  https://www.facebook.com/Lena.Gregory.Author/?fref=ts
Twitter: https://twitter.com/LenaGregory03
Pinterest: https://www.pinterest.com/lenagregoryauth/?etslf=2219&eq=lena%20gregory
Goodreads: https://www.goodreads.com/author/show/14956514.Lena_Gregory
Purchase Links – Amazon  Penguin Random House:  Barnes and Noble:  Kobo:  Books-A-Million:  Target:

I'm not much into physic readings and fortune telling, but this book really piqued my interest. I'm glad I read it because it has so many great characters and just enough intrigue to keep me on the edge of my seat. The setting was quaint and the author made me want to live there. The mystery is well written and keeps readers guessing till the end.

Cass is a sweet,  kind and perhaps a bit on the mystical side. She loves to give readings to people and the tourists love to visit her shop. After being gone from the town for years, she has had a bit of adjustment to make. The author gives Cass two amazing friends that make the story fun to read. Stephanie is married to a police officer named  Tank.  Bee is by far the best character in the book. He is sassy, loveable and supportive . The three make a great team and their trust for each other will soon be tested.

When Cass gives a reading to someone from town, it is not a happy event. It seems that Cass has given bad news to the poor unsuspecting Ellie. Ellie is devastated by the reading and is shattered by the news. From this point of the story, the action really picks up. Who is found dead ? Why is Cass immediately pointed out as the prime suspect? Cass and her friends set off to find the real killer and get themselves into trouble. I loved the way the author introduced several characters that could be the killer. There are some funny moments in the story and oh my did I love the dog Cass inherited. He is called Beast and lives up to his name. Can Cass prove her innocence?

Death At First Sight is a great beginning to a continuing series of A Bay Island Psychic Mystery. Cass  and her sidekicks are in for danger, intrigue and surprises along the way. Be sure you pick up a copy and get to know the people of Bay Island.

I received a complimentary copy of the book from The Great Escapes Book Tour. The review is my own opinion and I was not compensated for it.